The journey of Dragonfly AI

In this article, Queen Mary's Dr Hamit Soyel tells us more about the visual analytics platform Dragonfly AI and what he’s learnt through his journey taking the platform from lab research to startup company. 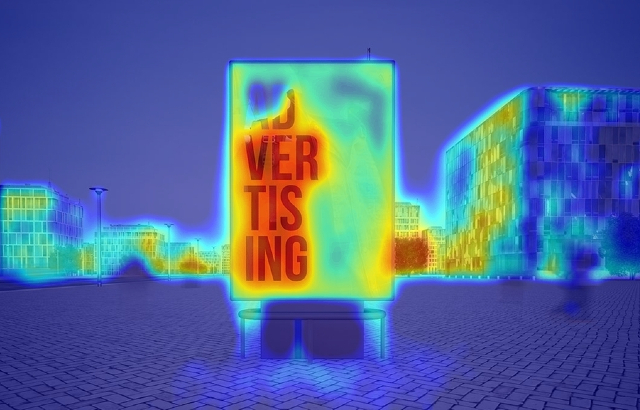 Dr Hamit Soyel is a Postdoctoral Research Fellow at Queen Mary and one of the founding inventors of Dragonfly AI- a visual analytics platform that uses artificial intelligence informed by cutting edge neuroscience to show clients how effectively their designs engage their audiences.

Dragonfly AI is the leading innovator within the predictive visual analytics sphere and existing clients comprise some of the biggest leading consumer brands including Harrod’s, GSK, Mitsubishi, Mars and Jaguar Landrover.

How did Dragonfly AI come about?

The technology behind Dragonfly AI started with an initial ‘Spot the difference’ software developed by the late Professor Peter W McOwan back in 2009. Essentially this worked by having two pictures flashing up on the screen sequentially on repeat until the user identified the areas that were different. Working in partnership with Queen Mary Innovation (QMI), Peter was able to develop this idea into an app.

I joined Peter’s lab in 2011. It was a pleasure to work with Peter to develop this technology in the years that followed. He provided me with the freedom I needed to explore ideas and taught me that the sky is the limit.

In 2013 we delivered a public engagement talk on robots at the Science Museum. At the last minute we decided to include some information on our research around biologically inspired visual processing. By chance within the audience that day was a marketing specialist who saw the potential of the idea and inspired us to shape the software into what became Dragonfly AI.

What steps did you take to build Dragonfly AI?

It took over 10 years and significant improvements in the technology, changes in application, and iterations of business model to create DragonflyAI. During this time we’ve worked with some exceptional collaborators, partners and entrepreneurs who have contributed to DragonflyAI’s success, including QMI who helped us to patent the technology, maximising its commercial potential.

With support from QMI I was also able to secure a secondment at Black Swan Data, a leading London-based data science company. This experience taught me a lot about the steps needed to launch a spin out company and business skills such as managing intellectual property, articulating and defining business needs, protecting business values, capturing successes as well as challenges, risks, or problems, and applying for industry partnership research grants.  I was also able to explore and build my networking and communications skills, for example learning how to develop effective pitching decks

In 2019 we secured investment from Capita providing access to professional expertise and resources that allowed the business to grow. This year Dragonfly AI secured further seed funding of £625,000 ($1m), and I’m excited to see where we’ll be able to take Dragonfly AI with this new investment.

In my work as a scientist, I am consistently reminded of the value of storytelling and how it can deliver powerful messages that influence and drive design and innovation
— Dr Hamit Soyel , Postdoctoral Research Fellow at the School of Electronic Engineering and Computer Science

Was there anything that you found particularly challenging on this journey?

As a scientist you’re always thinking about advancing the science, which in this case was all about improving the accuracy of the technology. When you work with an industry partner you begin to understand that you need to think more about the end user, the challenges they face and what they would want. When we developed the product with the end user in mind we realised what was more important was its simplicity, the end user just wanted to be told the answer.

We know in the lab that we could work to achieve much higher precision for the technology but this would mean it could take hours for the client to receive this more accurate result. We’ve learnt to give away some of the precision to answer the needs of the client, which is to provide results in real time so the clients can see an immediate impact.

Tell us a bit about your current role with Dragonfly AI

I currently work two days a week as the Chief Science Officer at Dragonfly AI alongside my role as a Postdoctoral Research Fellow within the School of Electronic Engineering and Computer Science. I help them to grow to the needs of the market, advancing the science and helping them to engineer robust solutions for our clients. For example, we’re now trying to provide further insights to our users that go beyond eye tracking using machine learning and data science to understand other aspects such as share of attention, so of all the attention on a piece of content, such as a webpage, how much goes to a specific region.

Not to give up. On average it takes three different failures before you’re able to commercialise your idea into a big selling product. We failed several times during this process but each time we worked to make our product better by listening to the users and improving our understanding of the business need.

If you're interested in commercialising your research at Queen Mary, get in touch with Queen Mary Innovation team.