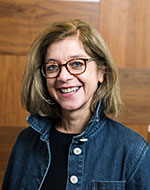 Professor of Law and Globalisation

Professor Green has published extensively on state crime theory (including her monograph with Tony Ward, State Crime: Governments, Violence and Corruption), state violence, Turkish criminal justice and politics, ‘natural’ disasters, genocide, mass forced evictions, and resistance to state violence. She has a long track record of researching in hostile environments and has conducted fieldwork in the UK, Turkey, Egypt, Kurdistan, Palestine/Israel, Tunisia and Myanmar. She has secured over £1.5 million of Research Council funding, including four major grants from the Economic and Social Research Council (ESRC).

Professor Green is Founder and Director of the award winning International State Crime Initiative (ISCI) - a multi-disciplinary international initiative to collate, analyse and disseminate research-based knowledge about criminal state practices and resistance to them. ISCI is based at QMUL and partnered with the Harvard Humanitarian Initiative, Ulster University and the University of New South Wales (UNSW).

Professor Green’s most recent projects include a comparative study of civil society resistance to state crime in Turkey, Tunisia, Colombia, Papua New Guinea, Kenya and Myanmar; Myanmar’s genocide against its Muslim ethnic Rohingya population; and forced evictions in Palestine/Israel. Her seminal work, with ISCI colleagues, on the Rohingya genocide (Countdown to Annihilation: Genocide in Myanmar 2015; and Genocide Achieved, Genocide Continues: Myanmar’s Annihilation Of The Rohingya 2018) has drawn widespread global attention.

She has been a Distinguished Visiting Fellow at UNSW and Ulster University, and Adjunct Professor at Birzeit University. She has also held visiting fellowships at the University of Melbourne, Latrobe University, Monash University, and Bosphorus University; is a Trustee of the People’s Palace Projects, the Democratic Progress Institute and was a Trustee of the Howard League for Penal Reform for eight years. She is a member of the ESRC Peer Review College, co-editor in Chief of the international journal State Crime and Editor of the Routledge State Crime monograph series.

Professor Green has supervised over 25 students to completion and is currently supervising: