Q&A with Professor Penny Green, Head of the School of Law

Professor Penny Green shares some insights into her work with ISCI, which is a cross-disciplinary research, centre comprising a community of scholars working to further our understanding of state crime. 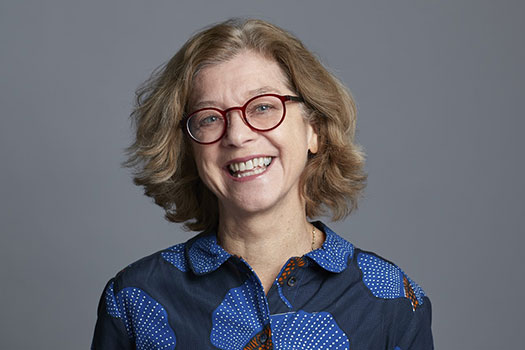 Professor Penny Green started in the School of Law at Queen Mary University of London six years ago, taking over as Head of School two years ago. When Professor Green moved to Queen Mary from Kings College London, she brought the International State Crime Initiative (ISCI) team with her.

Professor Green shares some insights into her work with ISCI, which is a cross-disciplinary research, centre comprising a community of scholars working to further our understanding of state crime.

Q: What do you enjoy most about working as the Co-Director of ISCI?

Well, since I took on the role of Head of department Tom MacManus has taken over as Acting Director and he’s done an amazing job particularly in terms of leading our public engagement and impact activity and managing our very significant internship programme. I think he’d agree that perhaps the most gratifying thing about leading ISCI is using our unique platform to not only undertake leading and often urgent empirical research on topics of global injustice but to use that research to campaign and advocate for change. It’s also given us the opportunity to build an extraordinary network of scholars and civil society activist around the world working on topics like genocide, torture, mass forced displacement, the climate emergency, torture and resistance. ISCI is driven by a mission to use excellent research to bring about major social change – often in arenas ignored by other scholars.

Q: What research interests is ISCI currently focusing on?

We continue our research on Myanmar’s genocide of the Rohingya with Tom MacManus and Alicia de la Cour Venning and myself, now working on a book for Rutger’s University Press based on our fieldwork in Myanmar between 2012 and 2014 and in Bangladesh in 2017. We are always interested in exploring the ways in which ordinary people resist state violence and corruption. Tony Ward and I published State Crime and Civil Activism: On the dialectics of resistance and repression (Routledge 2019) – this was especially significant in that it was the ESRC grant for this project back in 2011 which effectively launched ISCI.

We are engaged in a range of really challenging projects at the moment: Kristian Lasslett and Fatima Kanji are working on an exciting mapping grand corruption in Uzbekistan project, funded by the Open Society; Tom is finishing his Leverhulme funded monograph on the role of Public Relations corporations in state crime denial; Jeremy Keenan has just published the latest report in his series on Algerian military rule and state crime; Neve Gordon has just published his book on Human Shields (University of California Press); and Richard Falk is developing his theoretical work on global justice, geo-political crime and the climate emergency. In addition, we have PhD students working on impunity and the Kurdish conflict in Turkey; statelessness and the Rohingya; citizen journalism during the Arab Spring, rebel governance in Myanmar’s Kachin state; art and resistance to state crimes against refugees; and legal education and apartheid in Israel.

Neve Gordon and I are preparing grant applications and a book on Covid-19 and State Crime (see our recent op-ed in Open Democracy); Neve is also working on health destruction in Syria and a fundamental critique of the international laws of war; while Nadera Shalhoub-Kevorkian, Ratna Kapur and Leila Ullrich are working on the gendered dimensions of state crime and Angela Sherwood is working on humanitarian state crime.

There’s no doubt that Covid-19 is creating new forms of state crime with the repressive overreach of emergency legislation and the criminal negligence of certain governments in failing to respond to the pandemic, but perhaps more significantly C-19 is exposing already existing state criminality and we are keen to understand and expose the structural nature of this criminality.