Aung San Suu Kyi to give evidence in The Hague

Aung San Suu Kyi, Myanmar’s state counsellor, is set to give evidence to the International Court of Justice in The Hague regarding allegations of genocide against the Rohingya.  Professor Penny Green is one of the experts and activists interviewed by the DhakaTribune about Aung San Suu Kyi’s upcoming appearance at the International Criminal Court. 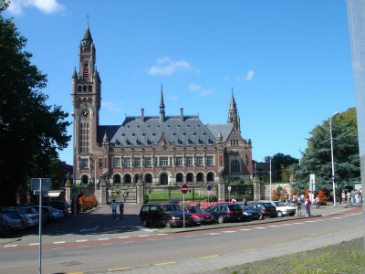 Penny Green, Co-director of Queen Mary’s International State Crime Initiative, said: “Aung San Suu Kyi will go to The Hague to defend her political class and Myanmar’s generals against the charge of genocide with a well-rehearsed repertoire of denial. And in denial, both material and rhetorical, she is particularly well practiced. Since her rise to power she has denied the right of Rohingya to self-identify, she has denied them the most basic human rights, she has denied that they are held in concentration camps in Rakhine state at the same time as denying them adequate food, health care, freedom of movement and access to livelihood in those very camps. When the military launched its final assault on the Rohingya in Northern Rakhine State in 2016-17 Aung San Suu Kyi was quick to deny well proven accusations of mass killings and mass rape. […] The evidence is incontrovertible, Aung San Suu Kyi is a genocidaire who both supported, assisted in engineering and participated in the coordinated destruction of the Myanmar Rohingya people.”