The SNO+ Group at QMUL

SNO+ is a multi-purpose low energy neutrino experiment, currently under construction in SNOLAB in Sudbury, Canada. The experiment inherits the successful Sudbury Neutrino Observatory (SNO) detector, with the original heavy water target replaced with liquid scintillator. This allows the detection of much lower energy neutrinos and opens the door to a rich neutrino physics programme. The Queen Mary SNO+ group is involved in many areas of the experiment specialising  in software, analysis and development of optical and radioactive calibrations.

The main goals of SNO+ are to:

For more details on SNO+ see the official SNO+ website. For a cool virtual tour of SNOLAB see here.

A large proportion of the QM SNO+ research is supported through an ERC grant for the neutrinoSNO+ project.

At Queen Mary, we are involved in a number of critical aspects of the experiment, with leadership roles in Analysis, Monte Carlo, Verification, Reconstruction and Data Quality, as well as day-to-day activities to prepare the detector for first data. As data collecting starts we will also become more heavily involved in the experiments physics analysis programs.

Students hard at work preparing the lab and detector at SNOLAB. 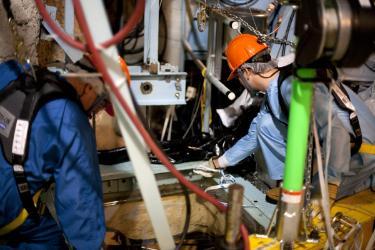 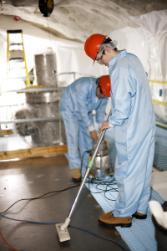 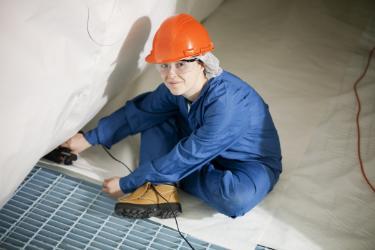