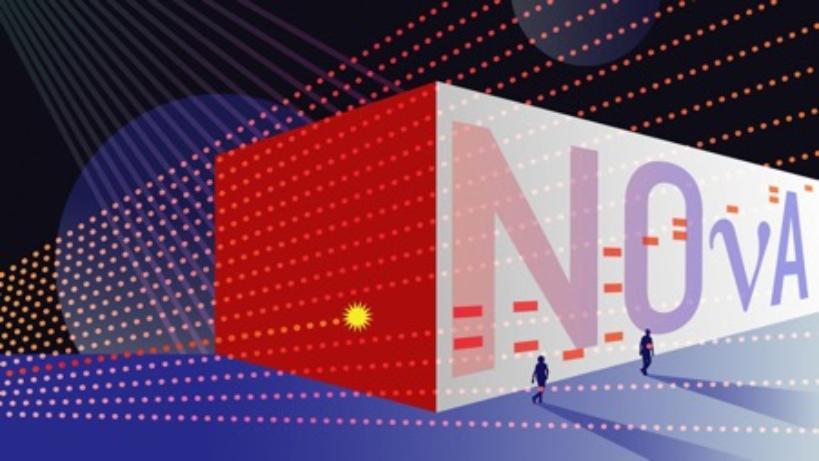 NOvA is a long-baseline neutrino oscillation experiment based in the US. A very pure beam of muon neutrinos is produced at Fermilab, near Chicago, Illinois, and directed 810km away towards Minnesota. NOvA uses a near and a far detector to measure the flavour and energy spectrum of the neutrinos produced at Fermilab and of the ones that reach Minnesota. Comparing the near and far detector measurements we observe neutrino oscillations. NOvA has made the best measurement of the muon neutrino disappearance oscillation parameters to date, and is the first experiment to have observed muon antineutrinos changing into electron antineutrinos. 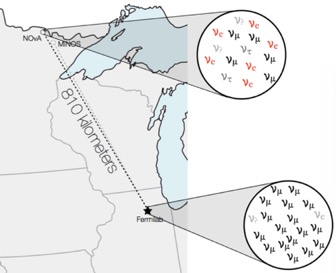 NOvA has been taking physics quality beam data since early 2014. Following upgrades to the Fermilab accelerator complex and the NuMI (Neutrinos from the Main Injector) beamline, the proton beam power delivered to NuMI increased to the NOvA design goal of 700 kW by January 2017: NuMI is the highest intensity beam in the world!

NOvA was the first experiment to use convolutional neural networks in a particle physics analysis: our use of convolutional visual networks provided an improvement in the signal-to-background of selected electron neutrino candidates equivalent to a 30% increase in detector fiducial volume!

On top of world-leading neutrino oscillation measurements, NOvA has produced a series of other interesting results, including double differential measurements in lepton kinematics of the inclusive cross section for muon neutrinos and electron neutrinos (the first such measurement for electron neutrinos), limits on a sterile neutrino in long-baseline disappearance of the expected rate of neutral current interactions in a neutrino and antineutrino beam, and searches for multi-messenger neutrino signals coincident with gravitational waves.

The NOvA international collaboration is made up of more than 240 scientists and engineers from 51 institutions in seven countries.

The QMUL NOvA group is at the very heart of NOvA’s world leading science, making pivotal contributions to its physics programme in many areas: