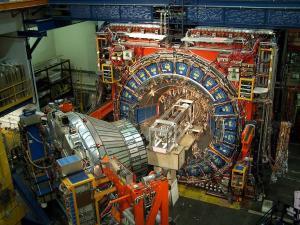 CDF (Collider Detector at Fermilab) is an experiment conducted at the Fermi National Accelerator Laboratory (near Chicago, USA) studying the collision of protons and anti-protons at a center of mass energy of 2 TeV. The experiment has been collecting data in two main phases (CDF-I and CDF-II) since the mid 80's and completed the data taking in September 2011, listing amongst its successes the discovery of the top quark in 1995.

While Queen Mary is not part of the CDF Collaboration, Dr Lucio Cerrito is a member of CDF as a Visitor of the University College London CDF group.