We carry out research at major international laboratories, including: 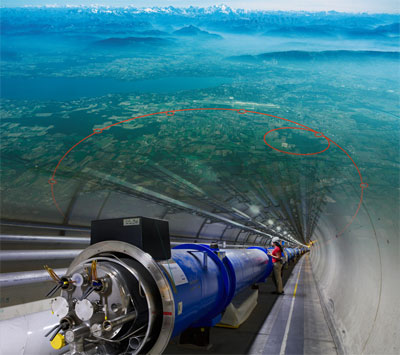 The PPRC has also several tools at its disposal for detector R&D, as well as computing facilities for data analysis, and video-conferencing capabilities. Our group has a clean room for semiconductor detector testing.  The main purpose of this room is to perform electrical characterisation of silicon strip detectors as they come through QMUL.  The group processed a large number of these during the ATLAS Semiconductor Tracker upgrade phase, and is preparing to perform the same function for the ATLAS SCT upgrade in the near future.  The clean room is also for the Arachnid Collaboration's pixel detector development programme, and was used during the construction phase of the T2K experiment's ND280, where the SiPM's were assembled and tested.  This space provides the group with a clean detector testing and assembly area maintained at a constant temperature, to ensure a high standard of test data quality control. 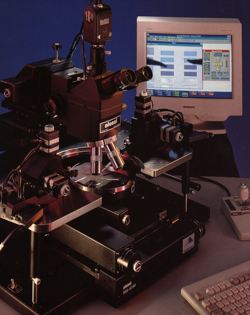 Our class 10000 clean room is dedicated to semiconductor sensor testing for the ATLAS ITk project and houses a semiautomatic probe station and our optical CMM (described below). 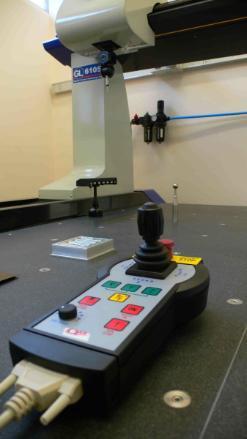 The PPRC is able to do QA on precision components using a touch probe, optical and TTL laser based coordinate measuring machine systems that are primarily for use in the R&D work toward the upgrade of the ATLAS detectors semi-conductor tracker.  Our QCT system has a Renishaw motorised PH10 probe system to facilitate surveys of components made for the project, as well as those undergoing tests within our High Energy Physics laboratory.  Our OGP Smartscope has a TLL laser and Renishaw touch probe, which give us the ability to survey sensitive components without having to touch the surface.  We are able to survey parts for people outside of our research group on request.  If you are interested please contact Dr Adrian Bevan. 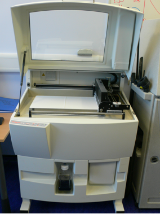 The Z310 plus is the group's latest acquisition, capable of producing realistic solid models generated from CAD design software, with a build volume of 203x254x203mm.

The Group has access to the main Departmental workshop, providing CNC machining capability together with various precision workshop equipment.

The group currently possess 3 chambers varying insize, the largest having an internal volume of 500x500x500mm. The large and smallest units have a range of ambient to 130C and 200C respectively, but both can reach temperatures of -70 C with the aid of nitrogen/CO2 boost. The mid size chamber is capable of achieving -70C by virtue of its inbuilt refrigeration system. In addition, there is a furnace capable of temperatures up to 1200C and ultrasonic cleaning equipment. 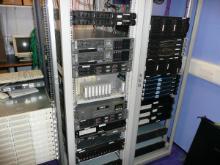 The group manages its own computing infrastructure. For data processing a small batch of Scientific Linux computers are used. Approx 50 TB of storage is provided to 21 computer nodes most of which are powered by Dual-Quad Core Intel Xeon CPU's with at least 1 GB RAM per core. In addition, web and email and filestore facilities are provided to a small network of about 30 desktop computers: a mix of predominantly Debian Linux machines and some Windows XP machines; and 30 laptops: a mix of Ubuntu Linux, Windows and MacOS X. We also host a larger computing cluster, which is part of the London GridPP Tier-2.

Fixed and mobile videoconferencing facilities. These kits are setup and ideal for a mid-size conference room. They allow JANET services, as well as ECS ESNet, Vidyo and EVO videoconferencing.