Arachnid is a collaboration of scientists from Birmingham, Bristol, Daresbury Laboratory, DESY, QMUL and the Rutherford Appleton Laboratory focused on design and testing complementary metal oxide semiconductor (CMOS) devices for scientific applications.  In particular we are working on Monolithic Active Pixel Sensors (MAPS).  This R&D programme is a successor to the SPiDeR programme that developed a particular variant of MAPS devices that are referred to as INMAPS.  There are four aspects to our research activities

The sensor we are testing during this R&D programme is the Cherwell chip, a novel CMOS sensor that has been designed with low noise imaging in mind, that has a number of intrinsic features of possible interest for both scientific and commercial applications.  The chip itself if 5mm x 5mm, and we require a limited ammount of infrastructure in order to read this out.  This infrastructure includes a DAQ board, with sattelite COB card (Chip-On-Board), and a USB readout card in order to make the device portable and easy to set up at remote locations for testing.  The following image shows the DAQ board with an un-populated CPB card mounted on it. 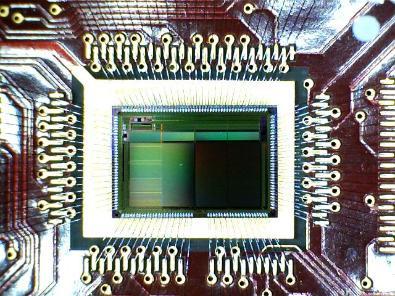 The people involved in the Arachnid project at QMUL can be found here.

We use EVO for general Arachnid meetings and log the talks in the Arachnid INDICO area.  In order to participate in the bi-weekly meeting (Wednesday's at 14:00 UK time), follow this link.  The evo phone bridge id is 120241, and instructions on how to participate via skype can be found on the EVO web site.