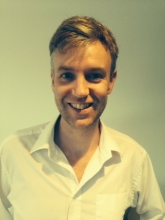 Nicholas graduated in Italian and History of Art from the University of Reading- a four-year course that included a year in Padua near Venice. He has taught English in Italy and Spain. The language and football experiences that he enjoyed in both these countries led to him working for Channel 5 interviewing and working on the channel’s live football coverage. From 2001 he spent five years teaching English at King’s College London and from 2004-2006 worked in the University’s Modern Language Centre teaching BA Contemporary British History and Culture. Overlapping and following on from King’s College were three years teaching IELTS to doctors and nurses at Southwark College alongside teaching stints at the LSE and Imperial College.

Nicholas attained a qualification in Russian from Moscow State University in 2010 and in 2013 graduated with an MA in Leadership from the Institute of Education/UCL. Nicholas has held several exhibitions of his paintings and drawings over the years and is currently illustrating a book for publication.

Nicholas joined Queen Mary in the autumn of 2007. Initially teaching Postgraduate law students, his first full-time work with Queen Mary was on the International Foundation Programme in 2011. In 2012 he became Convenor of The Critical Thinking and Writing Programme (CTWL) for Postgraduate lawyers. Over this time, Nicholas has developed the Programme which has grown to accommodate LLM Programmes for students based in Paris (from 2013) and Piraeus for Maritime lawyers (2015). The latter sparked his interest in international shipping law as well as the law relating to the constitution, areas that have often appeared in CTWL sessions over the years.