The Future of Freedom of Movement in Europe: Challenges in the Face of the ‘Twin Storms’ of COVID-19 and Brexit
9 October 2020


Freedom of movement in Europe is facing turbulent times with the ongoing COVID19 pandemic and Brexit. The policy roundtable on ‘Turbulent times for the freedom of movement in Europe? The impact Brexit and Pandemic Politics’ during the first NEXTEUK international conference on Brexit and the future of EU-UK relations gathered scholars and policy experts in the field of migration, asylum, and justice and home affairs on 11 September 2020. Claude Moraes (former Chair of European Parliament LIBE Committee), Violeta Moreno-Lax (QMUL), Susanne Oberhauser (European Parliament Liaison Office in the UK), Nicole Sykes (ProBono Economics), Valsamis Mitsilegas (QMUL), and Sabine Saurugger (Sciences Po Grenoble) offered their views on the challenges facing freedom of movement in Europe in the face of the ‘twin storms’ of COVID-19 and Brexit.


The past few months have been rocky for Franco-British cooperation on migration, with Priti Patel denouncing channel crossings and the dire conditions of migrants living in the streets of Calais and other cities in northern France.

This article was first published on UK in a Changing Europe, on 1 October 2020. 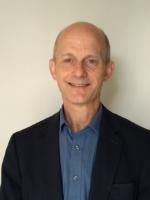 Keynote speech of Philip Rycroft (former Permanent Secretary of the Department for Exiting the EU): "Where are we at? The EU-UK negotiations so far and future challenges" (NEXTEUK Conference, 10 September 2020)
11 September 2020

Coronavirus and Brexit: A perfect storm for the UK healthcare sector
10 August 2020


The UK healthcare sector finds itself in an unprecedented situation as it tries to deal with the ramifications of the Coronavirus pandemic whilst planning for the UK’s exit from the European Union. However, from a closer analysis of the situation there appears to be some silver linings as this crisis could prompt the healthcare sector to implement some important changes.

Brexit politics in times of pandemic: The growing lack of understanding between the EU and the UK
15 June 2020


2020 is a key year for EU-UK talks. By the end of June, the British government has to decide whether it will ask for an extension of the transition period beyond December 31st. This decision partly depends on the outcomes of the four rounds of negotiations on the future of their relations. The uncertainty of this issue has unexpectedly increased as a result of the COVID-19 pandemic, which has had a devastating impact in much of Europe. Anand Menon (King’s College London – UK in a changing Europe), Elvire Fabry (Institut Jacques Delors) and Patrick Le Galès (Sciences Po Paris) offered their views on the consequences of the current situation during a NEXTEUK Jean Monnet Lecture on June 4th and this blog article summarises their main ideas.


Four years on from the 2016 United Kingdom European Union referendum polarisation  has manifested in socio-political  life. What is the nature of this polarisation and how did this drive Britain’s decision to leave the European Union? Addressing the affective nature of Brexit and it’s geographical polarisation can help us understand emotional influences that underpin such division.


As the world is facing an unprecedented pandemic in contemporary politics, one may wonder what impact COVID-19 will have on European integration and the future of EU-China relations.

This article was first published on EUPlant blog, a Jean Monnet Network on ‘EU-China Legal and Judicial Cooperation’, on 2 June 2020.

This article was first published in English on LSE blog on 29 May 2020 and in Dutch on the website Stuk Rood Vlees on 30 January 2020.


Contrary to the aims of the Political Declaration, the UK government has refused to agree to co-operation between the UK and EU Parliaments. It can be argued this is not just misguided and antagonistic, but breaks with a tradition of inter-parliamentary co-operation that long predates the EU.

This article was first published on LSE Blog on 20 May 2020.


How useful are national referenda to alleviate conflicts of sovereignty in the EU? An enquiry about the Greek 2015 referendum on the bail out.

This article also appears on the Greece@LSE blog on 13 April 2020.

Brexit, British politics and the 2019 general election: Back to normal?
9 March 2020


What consequences will Brexit have for British politics? Given all that happened in the past years since the referendum, it is hard to imagine British politics ever returning to what it was prior to 2016.