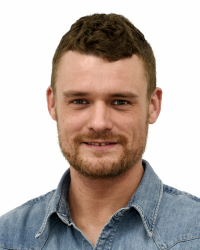 Dr Stijn van Kessel joined Queen Mary in September 2017. Previously, he was Lecturer in Politics at Loughborough University (2012-2017). Between October 2013 and September 2015 he was based at the Heinrich-Heine-University Düsseldorf, Germany, to carry out a postdoctoral research project funded by the Alexander von Humboldt Foundation. He also held visiting teaching positions in the Netherlands at the Radboud University Nijmegen and the VU University Amsterdam (2011-2012).

Stijn previously completed a BSc (2005) and MSc (2006) in Political Science at the VU University Amsterdam, and defended his doctoral dissertation at the University of Sussex in 2011.

Stijn is currently co-investigator in the project ‘28+ perspectives on Brexit: a guide to the multi-stakeholder negotiations’ with Prof. Helen Drake (Principal Investigator), Dr Elena Georgiadou, Dr Borja Garcia Garcia and Dr Nicola Chelotti. The project is funded through an Economic and Social Research Council (ESRC) Brexit Priority Grant and runs from April 2017 until October 2018.

S. Van Hauwaert and S. van Kessel (2017) ‘Beyond protest and discontent. A cross-national analysis of the effect of populist attitudes and issue positions on populist party support’, European Journal of Political Research