Brexit and the 2021 UK Integrated Review: what effects on European Strategic autonomy?

In March 2021, the UK Government published its Integrated Review. This document is an action plan aiming to define the UK's new international position, five years after the Brexit vote and raises many questionings about the post-Brexit EU’s defence. Indeed, at first sight, the withdrawal of the UK implies losing an important military and nuclear power from the European Union. Such unprecedented event could lead to a weakening of EU military capabilities. However, the UK's exit may also be seen as an opportunity for EU's defence, in that the UK has been quite an ambivalent actor in the field of the European Common Security and Defence Policy. Therefore, this blog post explores to what extent Brexit can offer new opportunities for European defence cooperation and can reshuffle the cards of European Strategic autonomy. 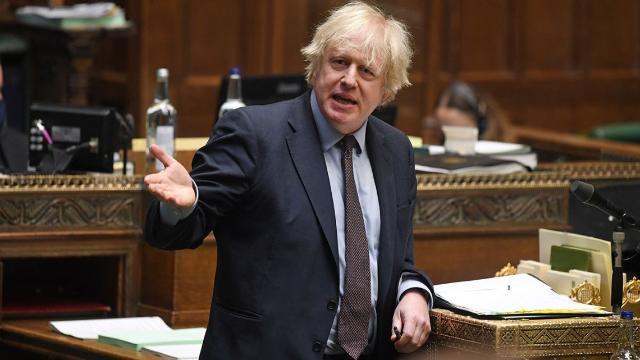 While supporting the view that Brexit is a milestone for the development of European Strategic autonomy, I argue that it will not unlock everything. Indeed, the EU must first and foremost resolve internal problems, notably the duplication of European defence cooperation and align the divergent visions of Paris and Berlin on Strategic autonomy.

Before evaluating the impact of Brexit on EU Strategic autonomy between 2016 and 2020, this blog starts by stepping back in time and reviewing the historical role of the UK in the development of this notion. Then, it demonstrates how the departure of the UK does not mean necessarily that the EU is more united either. The idea of European Strategic autonomy is made more complicated with recent layering induced by the European Integrated Initiative (EI2) and the whole concept is still debated, particularly between Paris and Berlin.

The UK: an ambiguous player in the development of European Strategic autonomy before Brexit.

Strategic autonomy corresponds to the EU's ability to act with its own means, to develop and support its own military capabilities. While the official genesis of such project dates back to the 2013 European Council, the recent transformations of the US political landscape have favoured the acceleration of the EU reflection on this notion. Indeed, Strategic autonomy is first and foremost thought vis-à-vis the US. Consequently, it was during Donald Trump's unilateral mandate, when the US appeared as a less reliable strategic partner for the EU, that European Strategic autonomy was given concrete form in the European Union's Global Strategy(2016). If the return of US multilateralism with Joe Biden will surely redefine the debate, divergences will probably remain within the EU itself, notably on the implementation of separate capabilities between EU forces and NATO.

This is because the relation between the EU and the US, and thus NATO, has been one of the main bones of contention among EU Member States for decades, and has even led to the failures of many European defence cooperation projects. Two pertinent examples are the European Defence Community (1951) and the Fouchet Plan (1961-1962), which envisaged greater political union and the granting of competences in foreign and defence policy. France, in particular, rejected these projects because they were too closely linked to NATO and kept defending a total strategic independence from the organization, particularly in operational terms. On the contrary, since the 1950s, Berlin has proven to be more oriented towards compromise.

The UK’s stance on these matters has been rather ambiguous. On one side, it has been to some extent Europe-oriented, pushing for more European strategic autonomy, especially in the 1990s-2000s. For example, the UK was part of the Saint Malo Declaration (1998), where the need for a credible European military position for the European Union was agreed with France, only when NATO is unable to intervene. However, like the British preference, this was only a bilateral declaration, and the UK was quite independent in its positioning.

On the other side, from the 2010s the UK has been holding back more the development of any European military cooperation. The UK had little interest in the military interventions of the European Union's armed forces and taskforces. Moreover, the UK continued to favour bilateral agreements (e.g. the Lancaster House Agreement with France, 2010), bypassing common European defence projects. Finally, the UK was still an Atlanticist power, oriented towards the US through the “special relationship”, forging close links between the UK and the US, preventing full British support for European ambitions.

Thus, considering how ambivalent the UK has been in the debates on EU's Strategic autonomy, some could argue that European strategic autonomy could be facilitated after Brexit.

Brexit: an opportunity to develop a European Strategic autonomy for the EU?

At first sight, UK leaving could correspond to a simplification and a “boost” of confidence for the EU, motivating new and deeper cooperation. Defence cooperation within the Political and Security Committee (part of the Council of the European Union, carrying out the Common and Foreign Security Policy) could be simplified and less subject to blockage by the UK. This withdrawal could facilitate a greater integration of the member states' armies and thus initiate further reflection on a potential, more integrated and effective European Army. Several examples confirm this, such as the creation of the European Defence Fund (2017), which strengthens cooperation and reduces the doubling of military research and development expenditure. It follows the inconclusive Defence Packages (2009). Similarly, 2017 saw the creation of the Military Planning and Conduct Capability, which aims to coordinate the deployment of European armed forces on a larger scale.

The development of European Strategic autonomy thus seems to be accelerating since the Brexit vote. Such revival is no longer hindered by an Atlanticist power, what the UK clearly exhibited it was in its new defence policy. Indeed, the flagship text on this topic, the 2021 Integrated Review, presents a military takeover of the UK, breaking away from the European vision. Firstly, the “integrated approach” synthesises the UK's capabilities and strengths, with the ambition to regain control of their defence policy and impose their own views. Secondly, the report states that the UK will cooperate with its most useful partners, not necessarily the EU, in order to build a “British leadership”. On this matter, the Integrated Review reinforces an Atlanticist approach. It develops the various (old and new) theatres of intervention important to British defence, among them the upgrading and re-establishment of NATO at the centre of British military concerns, and includes the development and deepening of the well-known “special relationship” with the US. Finally, thanks to the notion of ‘Global Britain’ (Theresa May) the UK wants to be outward looking after Brexit and to seek multilateralism.

However, Brexit, coupled with a duplication of European defence cooperation (notably with the EI2), will once again complicate European progresses in Strategic autonomy.

In the Integrated Review, the UK Government precises that EU will continue to be a key partner. In relation to the privileged position of bilateral agreements in British politics, the UK will continue to develop direct military cooperation with some EU countries. As such, the Rand Europe Study anticipates that involvement in ad hoc operations with EU countries could be even greater after Brexit.

The UK's future investment in defence cooperation with EU countries can be seen in the European Intervention Initiative (EI2). In a speech at the Sorbonne (2017), French President Macron launched the EI2, regrouping 13 Western European countries (11 from the EU, plus the UK and Norway). The EI2 complements, through a more operational dimension, a more capability-oriented European defence cooperation. It seeks to create a common strategic culture and a rapid implementation of common means of action. The EI2 can be a good way to counter internal dissension over European Strategic autonomy by offering a parallel path.

Yet, this path may also contravene it. The EI2 does not intend to supplant EU’s common defence projects, as it is rather a smaller cooperation between Western European states, with no real European and Community vocation. As stated by President Macron, the EI2 is not intended to work on European Strategic autonomy, but rather on strategic collaboration around French military power. Nonetheless, this duplication/tentacularisation of visions and modes of action complexifies European Strategic autonomy by adding a new layer to it, without resolving the existing dissensions.

Finally, the UK exiting the EU does not resolve the Paris-Berlin clash over the determination of a clear vision of Strategic autonomy.

The debate on European Strategic autonomy remains a long-standing one and even now, the notion of Strategic autonomy is still subject to two main contradictions within the EU, between Paris and Berlin in relation to the autonomy vis-à-vis the US. Indeed, as presented in the  speech by President Macron (2020), France still wants a capacity for action on a European scale independent from the US and a total Strategic autonomy. Conversely, Berlin keeps arguing that the EU's Strategic autonomy cannot be guaranteed without US support and without NATO resources. The speech of German Defence Minister (2020)shows this ambition to deepen the EU common defence without leaving out cooperation with the US. This means that although the UK's withdrawal from EU could be a step forward in the development of EU’s Strategic autonomy, there are still more theoretical oppositions to be resolved in addition to Brexit.

To some extent, Brexit seems to allow for the development of European Strategic autonomy. The UK has long been an ambiguous partner of the EU. However, Brexit will not solve all the problems related to the EU's Strategic autonomy. Some challenges remain: the in-between, between detachment and EU-UK cooperation, the layering induced by new national initiatives such as the EI2 and the final lack of consensus on a common EU vision of Strategic autonomy.