Four years on from the 2016 United Kingdom European Union referendum polarisation  has manifested in socio-political  life. What is the nature of this polarisation and how did this drive Britain’s decision to leave the European Union? Addressing the affective nature of Brexit and it’s geographical polarisation can help us understand emotional influences that underpin such division. 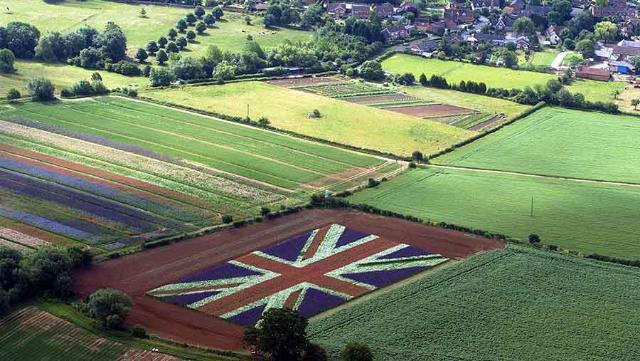 Referendums are not uncommon in democracies, yet few seem to produce the lasting and prominent polarization we have seen with Brexit. The nature of the referendum result tied those that voted leave and those that voted remain into two opposing collective groups that were bound together by their political choice and sentiment towards the European Union.  Researchers from LSE  examined social identities that formed during the EU referendum to understand Brexit related affective polarisation and found that not only are Brexit identities prevalent, they also cut across traditional party lines and are generating intense affective polarisation as that of partisanship. However, a fairly unexplored nature of this affective polarisation of opinion lies within a geographical divide.

The rural-urban divide is defining politics worldwide. A characteristic feature of Britain is the polarisation and division that has engulfed the society, whether it’s Remainers and Leavers, old and young, Graduates and Non-graduates, the division ultimately lies in where we live.  Whether you grew up in the multicultural streets of the London borough of Brent or reside in the quiet, homogeneously white streets of Sedgefield, our lived experiences inform our attitudes. When our attitudes are informed by such experiences they can take on a political and social nature. This was echoed in the Referendum result that showed a distinct split between  the towns and rural areas that  tended to vote to leave and the major cities tended to vote to remain. For example, the London Borough of Brent voted in a majority to Remain in the European Union whereas Sedgefield voted overwhelmingly to Leave. As pointed out by researchers from the Centre for Towns, this rural-urban divide has also mirrored elections following the referendum,  such as the 2017 General election. This is not distinct to the UK, in America the rural parts of swing states swung the outcome of the 2016 United States election to Republican and saw inner urban areas vote Democrat. These same rural-urban proportions exist here in England between Leave and Remain, the Conservative party and the Labour party, symbolically and ideologically representing the growing division in the United Kingdom. Researchers argue  that towns “serve only as satellites to urban centres where economic activity is concentrated” meanwhile towns are left “high and dry”, experiencing disconnect and loss of human and economic capital which go almost ignored in the UK’s current economic model. Yet, they argue, these are home-grown places where people feel they belong and call home. They are filled with meaning, intertwined in a broad depth of history and thus serve as pillars of identity, ultimately shaping experiences of the world and structuring political perspectives, attitudes and behaviour.

In the past researchers have pointed to the forces of global economic development that has created uneven growth and job prospects between those who have access to high-skilled jobs and those who do not.  Similarly it has been argued by political scientists in the U.S that “Urban and rural areas are becoming economically and psychologically distinct, with cities concentrating those open to new experience and working in the technology-driven economy and rural areas retaining those averse to social and economic change” . Within the romanticised depictions of the English countryside lies the uncomfortable truths of rural poverty, declining public infrastructure, lower incomes combined with higher living costs, and the lowest levels of social mobility nationally. The steady decline of the social and civic assets such as community centres, post offices, leisure centres, independent businesses and small farms that prop up rural economies have eroded and caused rural communities to collapse into insecurity, political disillusionment and cynicism. This is reinforced by academics who argue that this has led these areas to revolt against the status quo in the form of the ballot box; the populist wave has strong support territorially and exists in these less dynamic areas whereby there has been a rebellion against the feeling of being forgotten and left behind.

The geographical separation between the UK and the EU continent has bred a psychological distance where a sense of belonging to the EU has always been in doubt. The UK’s right-wing press has continuously questioned the legitimacy of EU-level treaties and laws that would be imposed on the British, which in the minds of many forced the EU into a perceived position of dictator. The tone of tabloid coverage surrounding EU affairs for the last couple of decades have been critical , they have focussed on potential threats to British sovereignty and identity, splitting the political landscape into “us” the British, and “them” the foreign intruders. This is done through the process of othering and creating outgroups, which threaten a homogenous community or society by provoking fear and hostility. These media narratives that repeatedly stimulated sentiments of sovereignty and national identity worked together with the political forces that expressed mistrust, anxiety and anger,  together encouraged the projection of these feelings onto the EU, contributing to Brexit’s mythical thinking. This led to blurred boundaries between reality and falsehood, the patriotism and jingoism that were exercised in the British press and Leave campaign captured the popular national imagination and characterised discourses on cultural difference and economic threat in relation to the EU, playing a significant part in Britain’s departure of the EU.

Rurality and remoteness is a driving feature of populism and anti-EU sentiment. The experience of dis-connectedness in rural England fed into the creation of a ‘punch-bag’ EU, propelled by rhetoric from right-wing populist parties.  Political dynamics are affectively charged,  anti-EU populist rhetoric exploited and weaponised the emotive nature of disconnect and disenfranchisement experienced in these rural areas. Whereas, on the contrast, the Remain campaign focussed perhaps too much on the economic benefits of EU membership, which did not emotionally resonate with those in disconnected rural communities.  The EU came  to serve as the ideal projective object where people were able to dispose of their unwanted anxieties, removing any possible accountability from the UK government. Having not been able to locate psychological fulfillment from current political parties, the Leave campaign managed to capture attention and propose a simple solution to why rural voters were not getting their fair share of resources and political attention. It is simpler and therefore comforting  for one to view their social world in a strictly black-and-white binary nature to deal with heightened states of uncertainty and anxiety particularly when driven by political alienation. Finding shelter in these worldviews provides emotional containment, conveying a sense of safety in times of political friction. “Us” and “them” have historically been used as grounds for political participation particularly in British politics, these sentiments are commonly foregrounded by notions of sameness and difference. Groups will generally identify themselves in opposition to the other; what we are is what you’re not, and these identifications are often characterised by powerful emotions that shape the discourse around political events. In rural areas, it was perhaps the lack of direct contact, knowledge and a geographical distance from the EU that created a focus for blame and antagonism. As we have seen with Brexit, a retreat into this state of mind can have significant consequences if rural voters are left out of the political conversation and effective emotional communication is not harnessed responsibly.