On 2nd of December Michel Barnier, the European Union's (EU) chief Brexit negotiator, has said that next 36 hours are crucial in Brexit talks and warned that key sticking points remained in the areas of level playing field, EU fishing rights and how any trade deal might be implemented. At the end of these talks, we will find out whether the United Kingdom agrees to a trade-off between fisheries and the bloc’s level playing field demands, which will then determine how likely a deal is. Arguably, the UK governments have been hasty about Brexit since 2016, from David Cameron’s, former Prime Minister (2010-2016), call for a referendum on the UK’s EU membership and Theresa May’s, former UK PM (2016-2019), decision to trigger Article 50 to Boris Johnson’s, UK PM (2019-) refusal to ask for an extension to the transition period. However, past nine months of numerous negotiations rounds left everyone oblivious to what is happening behind the closed doors on the future partnership between the EU and the UK and if the outcome-oriented UK government is willing to have a deal with the EU. Today I do not want to write about how the talks of this week will pan out, nor I wish to speculate if a deal is likely by the end of this week or next, but I like to address the following questions: how hasty and reckless Brexit and Brexit negotiations have been? What role the UK Prime Ministers (PM) (2016-2020) played in this? Furthermore, what impact hastiness and unpreparedness, as well as the personality traits of the PMs had on the Brexit process? 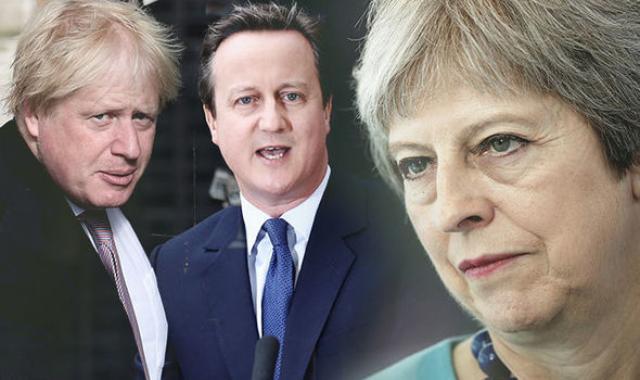 Since 2016 to this day, what most influenced the UK leadership in their dealing with the complexities of the Brexit, apart from their personality traits, was their common hastiness and unpreparedness, with self-imposed deadlines, followed by fierce contestation on whether to request an extension for the deadlines which were self deceptively quixotic to meet. Ultimately, without much consideration for what the exit process may entail, its pace and actors, as well as what UK's future may look like outside the EU, the Conservative governments and the leadership, from 2016 till now, were/are driven by only one clear goal: to get over with Brexit urgently. Thus, the Brexit vote and Brexit process so far has been outcome-oriented, not process-oriented.

Below I will study three Brexit moments and three UK PMs -Cameron, May and Johnson- to assess how their rushed choices have shaped the essence of the Brexit process and the direction is taking.

All the available evidence points that Cameron rushed to call for an in-or-out referendum on the UK’s membership of the EU, immediately after he secured a majority in the House of Commons in May 2015. Since he later campaigned towards remaining in the EU, the binary referendum question he and his team opted for have proved that adequate time was not given to deliberation on the broader implications of the ’Out’ vote on the society, economy, politics and foreign relations.

This is because Cameron was too consumed with the internal conflicts, albeit the Conservatives and wanted to keep his party united by calling on this referendum. Later, former European Council President Donald Tusk confirmed that Cameron called on the referendum to appease Eurosceptics in his party.

As far as the impact of Cameron's impromptu decision was concerned, clearly, the UK was put on a trajectory for which neither the ‘Remain’ nor the ‘Leave’ camps were prepared for.

Ultimately this left everyone at home and at the EU level bewildered about how to deliver the Brexit vote and have triggered an unprecedented process: exit from the EU.

When Cameron resigned, in July 2016 the Conservative Party had no option but to choose a new leader and therefore the PM of the UK: Theresa May (2016-2019). May began her term by triggering Article 50, the legal mechanism for a member state of the EU to leave - which set a two-year clock ticking against Britain- in March 2017.

Immediately after the process of leaving the EU was activated, May’s lack of strategy and planning, on what is to follow in this process, was revealed.  May’s first slogan was ‘Brexit means Brexit’, which was later replaced by “no deal is better than a bad deal” that meant different things to different people, also labelled as "discursive construction of Brexit."

Additionally, May’s discreet personality trait has also meant that she played her cards close to her chest at home and lacked transparency and openness.  She repeatedly refused to outline her negotiating position with the EU to the Westminster parliament, and turned a blind eye on the fact that her deal needed the opposition political parties’ approval. Instead, she relied on her party, yet they were not too enthusiastic about May’s deal.

At the end, when May lost the majority in a snap election, which she called on, she tried hard to convince and persuade other political parties in the House of Commons and began talks with devolved administrations, yet it was all too late in the day--her deal never received approval.

Since May was outcome-oriented leader, driven to take the UK out of the EU, she failed to recognise that she needs allies to accomplish her goal.  Her rushed decision to trigger Article 50, absence of strategy and plan for the process and her lack of transparency was reflected on the nature of the Brexit process, which was hasty and frustrated.

Whereas, Johnson was appointed as the new leader of the Conservative Party and the PM, following May's resignation in May 2019. After securing a majority of 80 in the House of Commons in December 2019, using May’s deal as a starter, Johnson was able to get the EU to tweak it for his liking and, then it went through the Parliament in January 2020.

In comparison to Cameron and May, I can say that Johnson’s personality traits have been far more influential on the Brexit process. Not just because he has been more reckless and lacked attention for details, but because he did not escape from taking political risks in order to deliver the Brexit.

Johnson did this first by advising the Queen to prorogue or suspend – Parliament – from the end of 9 September until 14 October. By proroguing it, Johnson threatened not only the role of Parliament in scrutinising the government through debate, scrutiny or legislation but also both constrained its ability to shape the Brexit process and denied the necessary time to MPs to approve the WA and Political Declaration without further consideration and fundamental change.  Ultimately a self-imposed deadline of October 2019 meant a further extension was required, regardless of hastiness and recklessness that was shown in reaching the outcome.

Secondly in September 2020, only three months before the transition period ends, Johnson described WA ‘legally ambiguous’ and ‘contradictory ’ and suggested it needs to be rewritten, and put forward new legislation: the Internal Market Bill. By this bill, the UK government intends to set up the arrangements for trading among the four countries of the UK after the transition period ends. Whether Johnson has a reasonable point here and if that matters it is beyond the Brexit process, but it is more about Johnson’s lack of interest for details and the dire consequences his clumsiness has not just for the direction of the Brexit, but also for UK’s international standing.

The effect of Johnson’s hastiness on the Brexit process is that, after May’s digressive premiership, finally the WA was approved and the UK left the EU in January 2020. However, his recklessness in proroguing the Parliament and the Internal Market bill has made the EU and some political circles at home wonder about how they could trust Johnson. This is particularly important when the negotiation between the EU and the UK are continuing.

To conclude, the three UK PMs -Cameron, May and Johnson-have pursued the Brexit to this point in time with an unbelievable hastiness, which was determined by their outcome-oriented approach towards the Brexit. However, Cameron’s disconnectedness to the broad public view regarding the EU, May’s discreetness in sharing details of her negotiating position and Johnson’s recklessness in challenging the WA do also show that personality traits of these leaders have also been significant in shaping Brexit process and will continue do so in the UK’s future relations with the EU.