A (dis-) United Kingdom? The 2021 Scottish Elections in the Post-Brexit Process

On 6th May 2021, a General Election was held in Scotland to elect 129 members of Scottish Parliament for a five-year term. The pro-independence Scottish National Party (SNP) achieved a parliamentary majority thanks to the support of the Scottish Green Party and managed to remain the main political force in Scotland (40.34% of the votes cast). The campaign and the results relaunched  the old debates on Scottish independence as 62% of the Scottish voters wished to remain in the European Union and this General Election was the first one organised in Scotland since the UK definitely left the EU. After  the 2014 failed referendum, Brexit appeared as a new motive for Nicola Sturgeon, First Minister and leader of the SNP, to call for a second referendum on Scottish independence as soon as the vote was over. 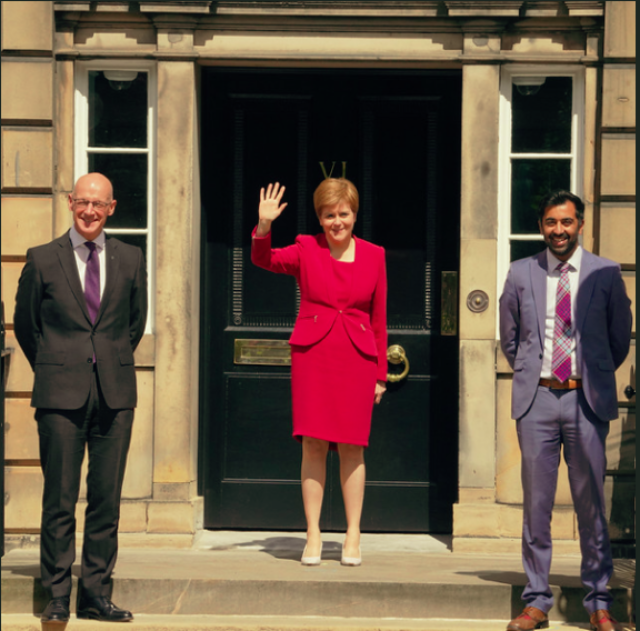 To offer some keys of understanding on this complex configuration, Agathe Piquet received on 26th May, Michael Keating (University of Aberdeen, Chair in Scottish Politics), Nicola McEwen (University of Edinburgh, Professor of Territorial Politics and Co-Director of the Centre on Constitutional Change) and Fiona Simpkins (Lyon-2 University, Lecturer in Anglophone Studies). This article summarises the main ideas of the discussion.

The conversation focused on three main aspects: First, how the vote results highlight internal political problems within the UK, particularly in relation to devolution. Secondly, to what extent these problems may corroborate the desire for a referendum and contribute to a revival of independence. Thirdly, what would be the main possibilities for Scotland today, with the European Union, in the case of independence.

Firstly, the results of the Scottish elections encourage a reflection on devolution and the impact of Brexit on these mechanisms. This outcome was described by Michael Keating and Nicola McEwen. To specify, devolution in the UK refers to the statute granting powers from the UK Parliament to the Scottish and Welsh Parliaments, as well as Northern Irish and Greater London Assemblies. The Scotland Act of 1998 governs this Scottish autonomy. By having caused a repatriation of powers to Westminster for an indefinite period and by leaving little say to devolved governments in the various discussions surrounding the UK's exit from the EU, Brexit may fuel pro-independence tendencies and could harm the existing status. In addition, the UK's exit from the EU makes devolution less coherent, as the powers of devolved governments were particularly linked to EU regulations and  primarily EU-related. Nicola McEwen's analysis showed that following Brexit intergovernmental relations in the UK are now quite weak and only little power is left to Scotland. Finally, according to Nicola McEwen, Brexit has revealed how useful the EU was in fact to the maintenance of the Union from an internal point of view. Indeed, as European citizenship, it was easy and coherent for the UK to function with several nationalities.

Secondly, the context of Brexit and its impact on devolution mechanisms provides a clear justification for a new independence referendum, as proposed by First Minister Nicola Sturgeon, leader of the Europhile and Europeanist SNP. According to Fiona Simpkins, this election confirmed the polarisation of Scottish political life around the independence issue. During the election campaign, the question of a referendum was a key issue and even may have been an incentive for people to vote. Also, the last Scottish elections saw the SNP's scores rise with the argument that Scotland had a majority of Remain voters in the Brexit vote.

Michael Keating explained that the independence desire from Scottish citizens is well-known, recorded and discussed, but that the timing of this process remains rather vague. In fact, the high number of variables at stake (e.g. conflicting political ambitions, uncertainty of the relationship with the EU, diverging independence tactics) make it impossible to know at the moment when the democratic referendum on independence will take place. Michael Keating  also shed light on another difficulty: as provided for in the Scotland Act (Schedule 5-Reserved Matters), the Union of the Kingdoms of Scotland and England is a reserved matter for the Crown, which cannot be administered by Scotland itself. As a consequence, the independence referendum would have to be prepared by Westminster, which would not necessarily be favourable to Scotland. Westminster's position on the issue and the decisions that the UK Parliament would take on the issue show that it is the English position that matters most. Furthermore, no one will force the referendum, either on the English or Scottish side, not least because of the Covid-19 pandemic. Michael Keating's overall point was that while there will be a democratic referendum on independence, the main question is rather when.

Finally, in terms of relations with the EU, it is quite unlikely that a Scottish independence from the UK would not take place within the framework of the EU. A newly independent Scotland would most likely wish to leave the Union for another Union, the European one this time. However, Fiona Simpkins pointed out that a process of accession to the EU by a state newly independent from another would be problematic with the 27. Indeed, the Scottish case could be blocked by Spain. Given the position of the Spanish central state in the face of the Catalan independence movements and the 2017 referendum, it is highly likely that Spain will veto the entry of a state that is also separate from another.

In conclusion, the three guests agreed on the unpredictability of this burning issue. The main idea is that the current status quo seems set to last, with considerable political uncertainty. At the moment only speculation is possible, and many questions remain unanswered: when will the referendum take place, under what conditions, what relationship with the EU? A total divorce does not seem to be in the offing just yet.