The Lessons of Brexit by Michel Barnier: What Illusion Are We Talking About?

On 6 May 2021,  the EU's chief Brexit negotiator, Frenchman Michel Barnier published his book La Grande Illusion- Journal secret du Brexit (2016-2020) (The Grand Illusion - A Secret Diary of Brexit (2016-2020)). This book is an informal account of the negotiations, told internally and in the form of a daily diary beginning on 24 June 2016, after the Leave vote in the UK, and ending on 24 December 2020, when the EU and the UK negotiators agreed on the Trade and Cooperation Agreement. 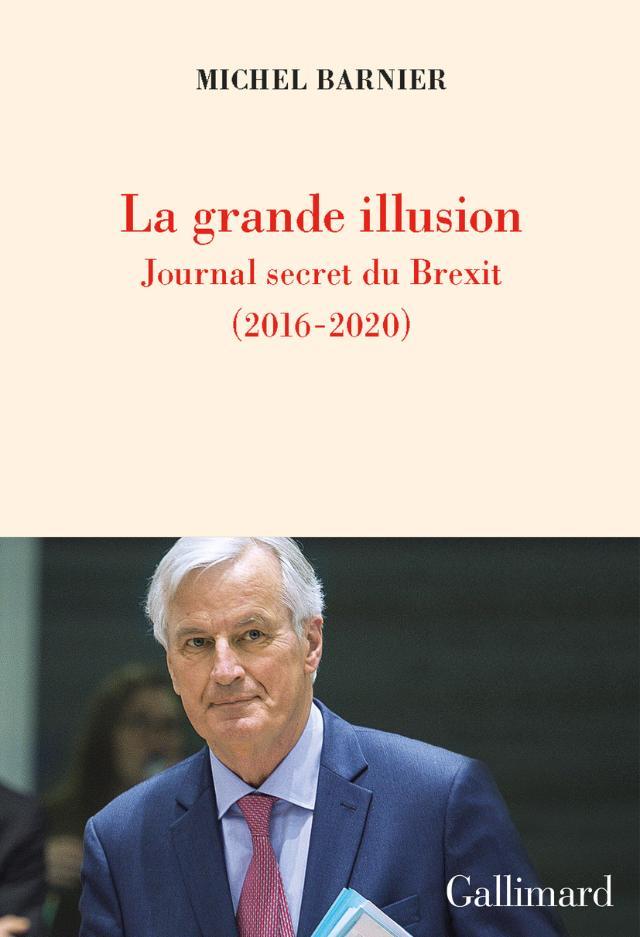 Not yet available in English (soon in October), this book contends that the Brexit negotiations were made up of several ‘illusions’ for all the stakeholders involved in finding compromises. Before explaining what these ‘illusions’ are, it is relevant to understand Michel Barnier’s background as this book is in fact the first step of Michel Barnier's political project to potentially run as a candidate for the French presidential campaign of 2022.

Michel Barnier, born in 1951, is close to the traditional French right wing, known as a pro-European Gaullist (he now claims to be a member of Les Républicains). He has been an elected representative at the local, national and European level from the 1970s to the 2010s, has served in several French governments as a Minister, then was nominated European Commissioner for the Internal Market and Services in 2010, before being entrusted with the lead of the negotiations of Brexit on the European side. Indeed, between 2016 and 2019, he was Chief Negotiator in charge of the preparation and conduct of the negotiations with the UK. Next, from 2019 to 2021, Michel Barnier was the EU's Chief Negotiator responsible for preparing the future relationship with the UK. It is these last two positions that he recounts in his “Secret Brexit Diary”.

I/ A straightforward and accessible account of the Brexit negotiations.

With this book, Michel Barnier offers an account of Brexit that is didactic, detailed and aimed at a wider audience. He offers a series of key information: the list and precise description of the actors involved on both sides of the negotiations; the detailed chronology of Brexit; a glossary; a photo essay; a depiction of the main aspects of the double Brexit negotiations between the EU and UK teams (withdrawal agreement and trade and cooperation agreement); a review of the major points of tension during the negotiations, such as the issues relating to Northern Ireland and to fisheries; a detailed account of the several rejections by the British and all the disillusionment with the successive EU proposals; an analysis of the internal discussions within his working team, as well as his consultations with the various European heads of state and government.

Despite its subtitle “Secret Diary of Brexit”, Michel Barnier does not intend to make any startling revelations to the large audience. Indeed, the book is intended to be an accurate account of the everyday life and discussions about Brexit. The diary format clearly contributes to this insider account, being based on the author's own impressions and even his biases. The reader is indeed carried away in the midst of Michel Barnier's negotiation tables, private discussions, breakfasts, and other plane trips. Nothing seems to be forgotten and the reader, being swept up in the whirlwind of the negotiations, and experiences Brexit in the same way as Michel Barnier and his interlocutors, does not miss a single thing in relation with this unprecedented event

The book is also full of personal anecdotes and reflections. On the one hand, the book contains numerous references to Barnier's life, his career as a parliamentarian,his place in the French government, and his position as European Commissioner. On the other hand, this book, presented in the form of a diary, allows us to read Michel Barnier's perceptions of the stakeholders involved in the negotiations , especially on the UK side. For example, he underlines his admiration for Theresa May, his interest in Boris Johnson depicted as "baroque", and his reservations about Nigel Farage and David Frost, described as "Drama King". Brexit talks are presented not as a sanitised negotiation, but as a human adventure. The narrative is ultimately quite calm, without painting a vindictive picture of the UK. This aspect is also visible when Michel Barnier recounts the beginning of the Covid-19 pandemic and the upheaval it may have caused in the negotiations. However, this has not prevented critics, particularly on the remain side, from seeing this book as a further justification for Brexit nonsense.

To sum up, the interest of Barnier's book lies in this format, which allows him to combine educational and intimate narratives. The UK's exit from the EU is almost like a divorce negotiation between two people, a metaphor that Barnier uses regularly in his narrative.

As stated at the beginning of his book, Michel Barnier uses the term “Grand Illusion”, echoing Jean Renoir’s movie of the same title, a pacifist-minded film about a good collaboration between belligerent high-ranking officers of the First World War. Another parallel is made with Norman Angell’s essay. Indeed, Agnell explained in the 1910s that no one can come out of a war unscathed, and that all parties, whether winners or losers, are in fact losers. In this idea, Michel Barnier tries in his book to show how Brexit was characterised by a general illusion on the part of all the actors. Using an interview on France Televisions on 25 May, three types of illusions can be highlighted in this book.

First, there is the illusion that the UK can stand alone in the world today, without cooperating closely with its European counterparts. In Michel Barnier's view, the UK becoming independent from the European Union is based on an illusion of future prosperity as he believes that individual European countries are too weak today to sustainably stand up to great powers such as the United States or China. Brexit is therefore a lose-lose situation for all sides, both the EU and the UK.

The second illusion is more internal, within the UK. According to Michel Barnier, the second illusion of the British people is to think that the withdrawal from the EU will automatically solve the domestic social anger and problems. In Michel Barnier's analysis, it is necessary to wait before being able to measure the effect of Brexit on social cohesion in the UK.

Finally, the last illusion is the one about the European integration project, an illusion that is central to Barnier’s book. Europeans initially indeed never believed in the “leave” vote, as the first page of the book accounts. Michel Barnier thus states the weakening of the European project and the need for renewal. He builds upon this last illusion and takes stock of his concerns about the future of EU-UK cooperation, in addition to peace in Ireland and the defence of the single market. Michel Barnier, at the end of his book, seems to proudly advocate a desire for renewal for the EU, drawing lessons from Brexit. These lessons are on the one hand warnings to Europeans towards themselves, asking them to return to a certain humility and to not fall asleep on personal arrogance. Thus, studying the illusion of Brexit for Europeans allows Michel Barnier to highlight the general current problems of the EU, which he lists in the introductions and conclusions of his book. At the end of his book, he insists on the need for each actor in the EU to learn from its mistakes without blaming Brussels for all the problems. On the other hand, Michel Barnier draws up a balance sheet that can be positive for the EU, in that he thanks the good coordination of his teams and the task forces and concludes by  emphasising the need for better cooperation at European level.

III/ A book at the service of Michel Barnier's political ambitions?

The diary format used for accounting the  Brexit negotiations is finally very useful for Michel Barnier to talk about himself and, by extension, about his ambitions.

Indeed, it is important to think about  Barnier’s book in the context of French political life. The next presidential elections that will give the successor of President Macron will take place in May 2022. Thus, at a time when the candidates who will face each other are gradually entering the campaign, this book can be seen as a form of political programme: while Michel Barnier has not formally announced his candidature for the next elections, he says he will make a statement in the autumn 2021 about his potential presidential ambitions.

Some of his big ideas, which could outline a programme, are distilled throughout the book, and more blatantly at the end. Indeed, Michel Barnier proposes a general and personal commentary of the Brexit process. Among its propositions about the EU, he introduces quite suddenly his political ambitions and ideas for France. The last three paragraphs seem to list the lines of a potential campaign by listing the main themes: "Let us rediscover the foundations of our Republic: education, respect for authority, social justice (...). Together, let us lay the foundations of a new prosperity, more economical with resources and space. Our work begins in France. What we French will not do for ourselves, no one will do for us. For me, fraternity remains a new idea. » (Personal translation).

Thus, this intimate account of Brexit by the EU's chief negotiator is not only to be read through the spectacles of the European Union. It is also to be analysed through a French prism with Michel Barnier being  a potential candidate of the Europeanist and Gaullist right in the 2022 presidential elections.

In conclusion, "La Grande Illusion" allows Michel Barnier to tell the story of  Brexit negotiations in an easy to read and original format. It also offers the reader a reflection on the illusory nature of Brexit for both the UK and the EU. This book finally allows him to talk about himself, perhaps laying the foundations for a campaign for the next election in France.

Photo credits: Cover page of the book, published by Gallimard