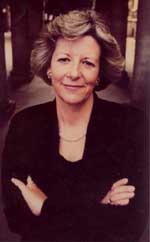 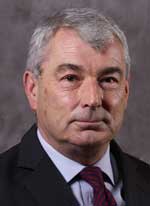 The Hon. Mrs Justice (Laura) Cox (Law, 1973; LLM, 1975) was a leading practitioner in human right law, in particular, discrimination and employment. She was admitted to the Bar in 1976, made a Queen's Counsel in 1994 and was appointed a Judge of the High Court assigned to the Queen's Bench Division in 2000. In 2002, she received a lifetime achievement award from Liberty and JUSTICE in recognition of her commitment to equality and human rights. Dame Laura was made an Honorary Fellow of Queen Mary in 2005.

Michael Crystal QC (Law, 1969) has been a Deputy High Court Judge since 1995 and a Senior Visiting Fellow at the Centre of Commercial Law Studies at Queen Mary since 1996. He was made an Honorary Fellow of the College in 1996.

Judge Brian Doyle PhD, LLM (Law, 1976) taught at the University of Salford Business School from 1980-95, before becoming Professor and Dean of Law at the Faculty of Law at the University of Liverpool. He served as a salaried Chairman of the Employment Tribunals from 2000 and was appointed President of the Employment Tribunals (England & Wales) in April 2014.

The late Lord Justice Sir Christopher Pitchford (Law, 1968), who was amongst the original intake of 30 law students at Queen Mary College in 1965, was a Lord Justice of Appeal from 2010 to 2017. Sir Christopher was Presiding Judge on the then Wales and Chester Circuit from 2002 to 2005.

Trinidadian Anand Ramlogan studied for his LLM degree in corporate and commercial law studies at Queen Mary's Centre for Commercial Law Studies, qualifying in 1994. At the age of 37, he was appointed a Senator and was Attorney-General for Trinidad and Tobago from 2010-17. Mr Ramlogan had been a successful human rights lawyer before his appointment. Mr Ramlogan was supported during his postgraduate studies with a Chevening Scholarship and a British Foreign and Commonwealth Office scholarship.