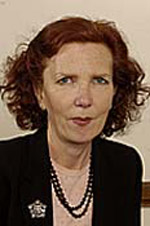 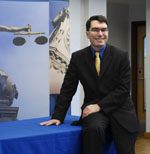 Sir Peter Caruana, KCMG, QC, Chief Minister of Gibraltar, graduated in Law in 1978. His party, the Gibraltar Social Democrats, first came to power in 1996 and was re-elected in 2000 and 2003. In December 2004, the principal of tri-partite talks recognised the Government of Gibraltar as an equal party with Britain and Spain.

Baroness Lynda Chalker was Conservative MP for Wallasey in Essex from 1972-92 and Minister of State for Overseas Development from 1989-97. She remains heavily committed to overseas development, both as an independent consultant on Africa and Chairman of Africa Matters Ltd.

Baroness Marcia Falkender CBE graduated with a degree in History in 1954. She became secretary to the General Secretary of the Labour Party in 1955 and was Harold Wilson’s private and political secretary from 1956-83. Baroness Falkender became a member of the House of Lords in 1974.

Lord Peter Hain MP (Economics and Politics, 1973) was Shadow Welsh Secretary from 2009-12 and Member of Parliament for the Welsh constituency of Neath from 1991-2015. Lord Hain served in the Labour government from 1997-2008, firstly as Leader of the House of Commons under Tony Blair and as both Secretary of State for Work and Pensions and Secretary of State for Wales under Gordon Brown.

Sir Curtis Keeble, GCMG, studied Modern Languages at Queen Mary College, but his studies were interrupted by service in the Second World War. He served as a British Ambassador to the German Democratic Republic from 1974-76 and to the Soviet Union from 1978-82.

Baroness Jan Royall was the Leader of the House of Lords from October 2008 to May 2010. She graduated from Westfield College with a BA in Spanish in 1976. Since 1979 she worked for the Labour Party, including stints in the European Parliament. For 10 years she was policy advisor, researcher and press officer to the Rt. Hon. Neil Kinnock MP. Jan was the Shadow Leader of the House of Lords from 2009-15 and became Principal of Somerville College. Oxford in 2017.

Dame Caroline Spelman, DBE, PC, MP graduated with a degree in European Studies (German) in 1980 and has been MP for Meriden in the West Midlands since 1997. She was previously Secretary of State for the Department of Environment, Food and Rural Affairs (2010-12) and previously held a number of posts including shadow Secretary of State for Communities and Local Government, International Development and Spokesperson for Health. Caroline was also Chairman of the Conservative Party from 2007 to 2009 and is the Second Church Estates Commissioner.

Martin Uden (Law, 1976) was Her Majesty's Ambassador to the Republic of Korea from 2008-11 and Coordinator of the UN Panel of Experts on Sanctions on North Korea from 2012-14. He now advises QMUL on international relations.