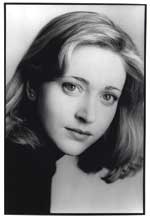 The actor Sean Gilder (History and Geography, 1985) is most famous for his role as Paddy Maguire in Channel 4's series Shameless. He also appeared as Styles in all of ITV's Hornblower episodes.

Actor Clare Price (English, 1993) is an accomplished actress, having performed with major companies including the RSC and the National Theatre.