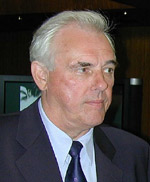 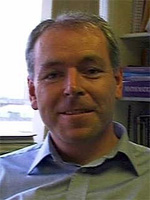 Dr David Drewry (Geography, 1969), an Honorary Fellow of Queen Mary since 1991, has been appointed the new chairman of the South Georgia Association. He has held a number of high-profile positions including Director of the Scott Polar Research Institute and of the British Antarctic Survey, Director-General of the British Council, Trustee of the Natural History Museum and, more recently, Vice-Chancellor of the University of Hull.

Professor Michael Duff FRS (Physics, 1969) is Principal of the Faculty of Physical Sciences and Abdus Salam Chair of Theoretical Physics at Imperial College.

The distinguished Chemist and academic, Professor C Robin Ganellin FRS (Chemistry, 1958) was made an Honorary Fellow of Queen Mary in 1991. He was the Smith Kline and French Professor of Medicinal Chemistry at University College London.

George Hockham (PhD Electronic Engineering, 1969), together with Nobel Prize winner Charles Kao, is widely recognised a a pioneer in the field of optical fibres. While working together in what was then STL in Harlow, they proposed the possibility of producing low loss optical fibre wavelengths. Before then the loss in the fibres meant they could not be used for long-distance communications; Dr Kao spotted that it was imperfections in the glass used in producing the fibre that was causing the problems.

Their ground-breaking paper ‘Dielectric-fibre surface wave guides for optical frequencies’, published by the IEE in 1966, generated considerable global interest, subsequent development and commercialisation were led by companies such as Corning, STL and BT (then The Post Office).

George Hockham subsequently worked for Plessey and Thorn EMI. He was featured in the ‘Century of British Genius’ exhibition at the Science Museum and holds 16 patents.

Professor Carl Murray (Astronomy, 1980), Professor of Mathematics and Astronomy at Queen Mary, is part of an international team of astronomers and scientists working on the Cassini-Huygens project, a joint NASA/ESA robotic spacecraft mission currently studying the planet Saturn, its moons and rings. The spacecraft was launched in 1997 and entered into orbit around Saturn in 2004. Professor Murray is a member of the Cassini Imaging Team

Professor Michael Russell (Geology with Chemistry, 1963) is NASA Senior Research Fellow with the Jet Propulsion Laboratory in Pasadena, California. He received the 2009 William Smith Medal for his contribution to applied geology from the Geological Society.

Professor Robert Watson, the government's Chief Scientist at the Department for Environment, Food and Rural Affairs (Defra), completed his PhD in atmospheric chemistry in 1973. His remit includes advising the government on foot-and-mouth disease, GM foods and most notably, the fight against climate change. Professor Watson previously held several high-profile appointments with Nasa and the World Bank. Earlier this year, in addition to his work for Defra, he was appointed chair of environmental sciences at the University of East Anglia.