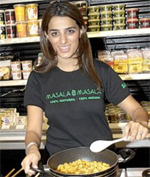 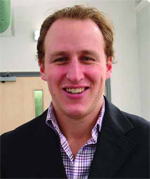 Philip Beck (Law, 1981) is Founder, Chairman and CEO of Planet Payments. After 18 years as a successful international banking and corporate lawyer in New York, he founded Planet in 1999. The company provides multi-currency processing solutions and payment networks to the banking and merchant industries.

Ching-He Huang (Economics, 1999) is a cook, a television personality and an entrepreneur; as well as being an ambassador for Chinese cooking in Britain. She has authored three cook books: China Modern; Chinese Food Made Easy (which was No. 1 in the best-seller lists for six weeks); and Ching’s Chinese Food in Minutes.

When she graduated, Ching-He established her own company Fuge Foods and launched TZE, a range of healthy soft drinks. She now has a range of Ching-branded Woks marketed by the Typhoon Cookware company, as well as branded exotic mushrooms grown in the UK and available through Tesco. She is strongly committed to supporting the Tzu Chi Foundation, which supports the impoverished in eastern Taiwan, and Mothers' Bridge of Love, a charity for Chinese children.

She was the winner of the Daily Mail’s ‘Enterprising Young Brits' Business Award in 2009; which honoured the best businessmen and women aged 30 and under. The Masala Masala Project, the charitable arm of her company, supports feeding the homeless in India.

Sir Peter Michael CBE (Engineering, 1960) is the co-founder and director of Classic FM radio station. He is also the owner of a Michelin-starred hotel and restaurant, a successful internet entrepreneur and is the founder owner of one of California’s top three wine estates.Sir Peter is Chairman of the Pelican Cancer Foundation which focuses on cures for “below the belt” cancers namely bowel, colon, liver, prostate and bladder cancer.

Justin Rhodes (Economics with Hispanic Studies, 1993) is Managing Director of Elliot Rhodes, a retailer of luxury custom-made leather belts with premises in Covent Garden and on the King's Road.

George Sims (Physics with Maths, 1960) invented the UK bar-coding system in 1971. This technology now regulates everything from stock control to ticket-less air travel.

Moruf Yoozooph (Mathematics and Business Economics, 1998) is the co-founder of Jalouse, a high-end private club in London’s West End, which opened in autumn 2008.