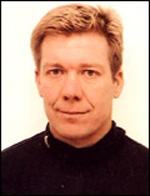 Guardian journalist and sports commentator, Martin Cross (History and Politics, 1978) and Dr Richard Budgett (MSc Sports Medicine, 1989), Director of Medical Services for the British Olympic Association, both won Olympic gold at the Los Angeles Games in 1984 in the Coxed Fours, alongside Steve Redgrave who went on to win five rowing gold medals in successive Olympic Games.

Dr WG (William Gilbert) Grace, the famous Victorian cricketer attended Barts as a medical student, probably only for one year’s coaching in surgery. He finally qualified as a doctor in 1879 at the age of 31, having already played in the First Test Series against Australia in 1873-74. When he was not playing cricket, WG was a medical practitioner in his home city of Bristol. The WG Grace ward at St Bartholomew's Hospital has been named in his memory.