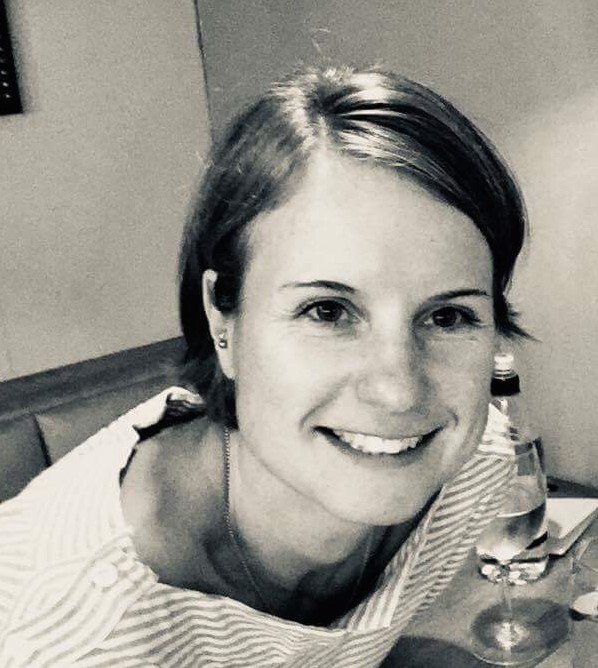 I am a Visiting Research Fellow at the School for Languages, Linguistics and Film after having completed an AHRC-funded Collaborative Doctoral Partnership (CDP) PhD in SLLF (Centre for Anglo-German Cultural Relations) and the Victoria and Albert Museum. My research project looked at Prince Albert of Saxe-Coburg and Gotha as Collector, Educator and Cultural Transferant. I now work at the V&A as Research Projects Officer in the V&A’s Research Institute (VARI).

Initially, I joined Queen Mary in 2012 as the Manager of the Knowledge Exchange Hub, Creativeworks London, a KE programme that ran for four and a half years and that facilitated short-term collaborations between the creative industries and academia. During this time, I completed the MA in Anglo-German Cultural Relations in the Department of German at QMUL. From 2016 to 2019, I was the Arts & Culture Manager at Queen Mary while studying for the PhD.

Secretary of the Centre for Anglo-German Cultural Relations

2017: ‘The Chameleon in the Minefield. Alois Brandl’s Negotiations of Anglo-German Cultural Relations in Times of Nationalism and War’, in Angermion, 10 (Berlin: Walter De Gruyter GmbH, 2017), pp. 79–102.

2022: (in preparation) World's Fairs: ‘The International Exhibition of 1862’ and ‘L'Exposition De Paris, 1900’, in The Art of the Illustrated Book (Thames & Hudson in association with the Victoria and Albert Museum, 2022)

Behind the Scenes – The Untold Stories of Prince Albert’s German Household.

Behind the Scenes was a small photography exhibition that was part of the bicentenary celebrations for Queen Victoria’s and Prince Albert’s births in 1819. The exhibition’s aim it was to shed light on Prince Albert’s German servants, who came with him from Germany in the 1840s. These were people of crucial importance to Albert’s and Victoria’s life and work but were usually forgotten by historiography. The project was a collaboration between the Town of Coburg who initiated the project, gave financial support and produced the materials for the exhibition, the Royal Collection Trust (RCT) that supplied the photographs, Osborne House that agreed to install the electronic version of the exhibition in its Visitor Centre, and the Centre for Anglo-German Cultural Relations at QMUL that facilitated the relevant research. 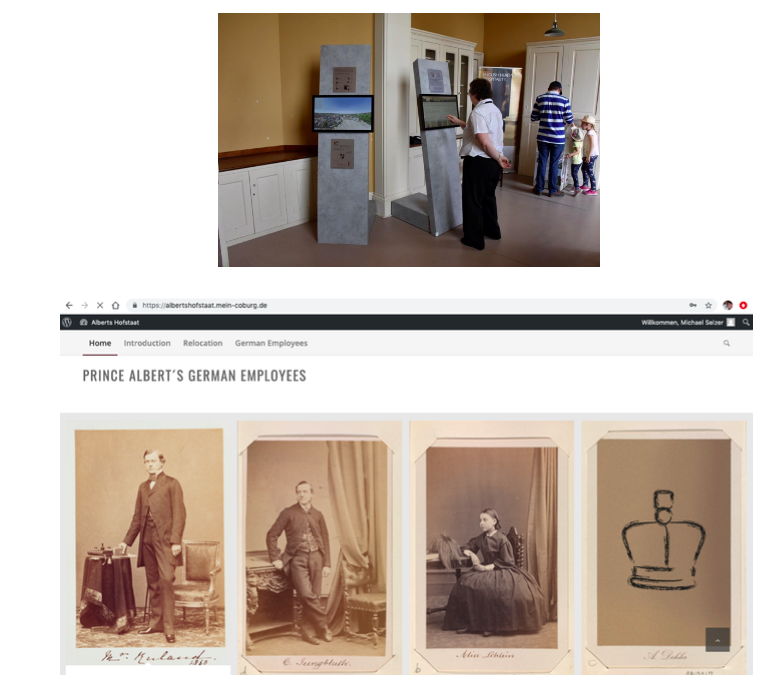 The exhibition was displayed in Albert’s hometown Coburg, Germany, on large information boards, installed in retail windows across the town. It was also shown electronically on a touchscreen in the Visitor Centre of Osborne House on the Isle of Wight, UK, until the end of 2019.

This exhibition was generously supported by the Town of Coburg, the Royal Collection Trust and QMUL’s HSS Collaboration Fund. 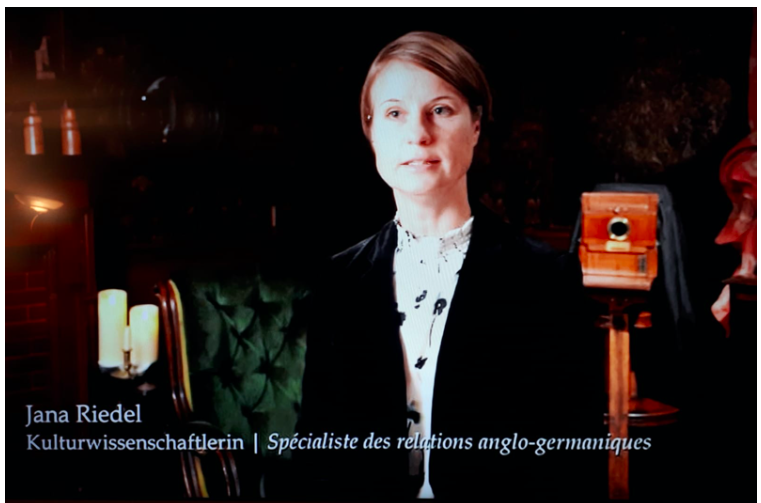 I participated in a documentary about Queen Victoria as part of the bicentenary celebrations for Queen Victoria’s and Prince Albert’s births in 1819. I was interviewed as a cultural historian, speaking about Prince Albert, Queen Victoria and the conditions of the people living in London and Britain in the nineteenth century. The documentary was aired on ARTE in Germany and France in May 2019, and later on by ORF in Austria.