Research and teaching in Russian covers a wide range of areas, both conceptually and geographically, around language, literature, theory, history and culture from Russia and the former Soviet world. The department has a longstanding expertise in Soviet cinema and writing, memory and trauma in 20th Russia, and 19th century literature and culture, with seminal studies on Chekhov, Dziga Vertov and films of the holocaust, among others. There is also a strong focus on Russophone and postcolonial studies, with the department being one of the few in the world where students can study post-Soviet literature and film from the Caucasus and Central Asia. Decolonial approaches are also increasingly permeating Russian language teaching, including translation practice and theory, another particular strength of the department. 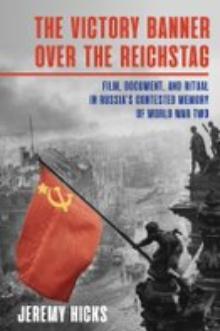 Research areas in Russian include:

Humanitarian Film and Communist Agitation: Russian and International Films of The Volga Famine 1921- 1923

Aestheticization of Life and Cosmopolitan Modernity: The Poetics of Elegance in the Long 19th Century

For all enquiries, or to buy our books by cheque, please contact:

If ordering by post you may pay by cheque made out to Queen Mary University of London, but sent to Donald Rayfield, Garnett Press.

You can buy our books with a few clicks and a debit or credit card (Visa, MasterCard).

Available from the Garnett Press:

Otar Chiladze (1933-2009) is by consensus the most important novelist of the 20th century in Georgia. His first novel ( also the first of his works to be translated into English), A Man Was Going Down the Road, is the key to his later work. It begins with the Greek legend of Jason and the golden fleece and the consequences for the obscure kingdom of Colchis after the Greek Jason comes and abducts Medea. But it is also an allegory of the treachery and destruction that ensued when Russia, and then the Soviets, annexed Georgia, as well as Chiladze's interpretation of life as a version of the ancient Anatolian story of Gilgamesh, and a study of Georgian life, domestic and political, in which women and children pay the price for the hero's quests, obsessions and doubts.

The first comprehensive history of the literature of Georgia, revealed to be unique among those of the former Byzantine and Russian empires, both in its quality and its 1500 years' history. First published in 1994, with a second edition in 2000, this book has been revised and expanded to take into account recent scholarship and the renaissance of the Rose Revolution.

This translation aspires to be the fullest, most accurate and readable so far: Part 2 has been expanded by incorporating passages from Gogol's earliest version. Chagall's 96 illustrations are reproduced in A4 format and high resolution on 120gm matt paper: together with the vignettes, ornamented initials and table of illustrations, they show such inventiveness and sympathy with the text that henceforth it will be as impossible to separate Chagall from Gogol as, say, Tenniel, from Lewis Carroll.

The first full decipherment of one of the most important of 19th century diaries, shedding light on personal family tragedy, on Russian literature (especially Chekhov) and theatre, and on Russian politics.

This anthology of Russian verse brings together the best of some seventy-five Russian poets over three hundred years, with an English prose version at the bottom of each page. It is aimed at a wide range of interested readers of poetry, from those with a rudimentary knowledge, but strong interest in Russian, to university students of Russian poetry. It can be a bedside book for a reader of poetry, or a textbook for a postgraduate course. As well as the familiar canon, much unusual work of interest has been uncovered. Care has been taken to establish authoritative texts of the Russian originals and accurate, transparent yet readable English versions. The fullest use has been made of the research in the 1990s in Russia which has retrieved so much forgotten and repressed verse. Over five hundred poems by seventy-five Russian poets of the eighteenth, nineteenth and twentieth centuries from Lomonosov to Brodsky.

With 140,000 entries, full grammatical and idiomatic information, this dictionary is an essential tool for anyone handling Georgian discourse. It encompasses the whole language from the fifth century to today, including dialect, jargon, specialist terminology.

Peter Pišt'anek's reputation is assured by Rivers of Babylon and by its hero, the most mesmerizing character of Slovak literature, Rácz, an idiot of genius, a psychopathic gangster. Rácz and Rivers of Babylon tell the story of a Central Europe, where criminals, intellectuals and ex-secret policemen have infiltrated a new 'democracy'. Slovak readers acknowledge Peter Pišt'anek as their most flamboyant and fearless writer, stripping the nation of its myths and false self-esteem. The novel has been translated by Peter Petro of British Columbia University, in close collaboration with author and publisher.

William Boyd (The Guardian): an astonishing find'¦ fuelled with formidable energy and ice-cool satire. It displays a fierce black humour that is both ruthless and exhilarating.

Set around the wooden snack bars in a Bratislava of thieves and pornographers, the characters of Rivers of Babylon sink to new depths and rise to new heights. A naÃ¯ve American Slovak blunders into Rácz's world and nearly loses his life in this black comedy.