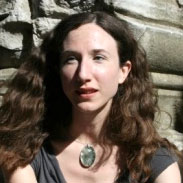 My research focuses on film, photography and the philosophy of images and ethics. It addresses questions including:

· What unique insights does the medium of film offer into the ethical dimensions of the relationship between the self and the other?

· How do films and photographs bear witness to and remember genocide and colonialism?

· How does cinema elucidate religious and philosophical critiques and defences of images?

· What can filmic images tell us about iconic photographs and vice versa?

My work examines film through philosophical and photographic lenses. I am particularly interested in cinema’s connections to theories of ethics and of the political power of images. These concerns have informed my research on filmic legacies of the Holocaust and colonial violence, cinematic and philosophical critiques of institutional power, and the significance of iconic images. This work has paid special attention to Francophone material, some of which is unavailable in English translation and has received little attention in Anglophone film studies. For example, one of my recent publications explores the relevance of Marie-José Mondzain’s writing on the contemporary import of Byzantine image theory to the enduring debate about belief in film.

Drawing on accounts of religious and secular icons from eclectic fields including philosophy, art history, photography studies and star theory, my latest book evolved out of a collaboration with Guy Westwell and Jeremy Hicks on the theme of iconic camera images. No Power Without an Image: Icons Between Photography and Film reveals multifaceted connections between seven celebrated photographs of political struggles and cinema in all its forms. Pursuing these pictures through the ‘paper cinema’ of magazines, via newsreels and film journals, into documentary, fiction and experimental films, the book explores new ways of thinking about the confluence of still and moving images. This research has led to further projects on post-war humanist photography and film and more-than-human iconicity.

My work benefits from regular dialogue with researchers, students at all levels and guest speakers at the wide-ranging events run by the Centre for Film and Ethics which I have co-led with Yasmin Fedda since 2019. I have also enjoyed contributing to public events run by organisations including the Ciné-Lumière at the French Institute, the Goethe Institute, Belfast Exposed Photography Gallery, the Jewish Film Festival and the Open City Documentary Festival.

I have worked with colleagues from Film, Drama and Modern Languages and Cultures at Queen Mary and the University of Edinburgh on teams which have supervised six PhD theses to completion. These dissertations and those I am currently co-supervising deal with diverse aspects of and approaches to film, including the ethics of film viewing and criticism, new extreme cinema, the haptic and intermedial dimensions of recent Holocaust films, queer time and space in contemporary Greek cinema, and Heideggerian film philosophy.

FLM5203 What is Cinema? Critical Approaches

FLM508 Memories of the Holocaust and Colonialism in French Cinema

· No Power Without an Image: Icons Between Photography and Film (Edinburgh: Edinburgh University Press, 2020)

· ‘Religion in Contemporary Thought and Film’, co-ed. with Anat Pick, Paragraph, 42: 3 (November 2019). Every year the Paragraph editorial board chooses to publish one of its Special Issues as a stand-alone Edinburgh University Press book; our SI was selected as the book for 2019.

· ‘Night and Fog and the Concentrationary Gaze’, in Concentrationary Cinema: Aesthetics as Political Resistance in Alain Resnais’s ‘Night and Fog’, ed. Maxim Silverman and Griselda Pollock (Oxford; New York: Berghahn, 2011), pp. 140–51 (winner of 2011 Kraszna-Krausz Prize for the best book on the moving image)

· Isabel Rocamora, ‘Cinema and Heidegger: The Call to Being in Ozu, Antonioni, Tarr’. Passed 2019 (co-supervisor)

· Alice Pember, ‘“In Her Hips are Revolutions”: The Dancing Girl in Cinema’ (second supervisor)