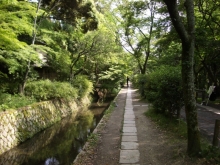 Our Film Philosophy group, known in-house as Think Tank, brings together those of us in the Film Studies Department at Queen Mary, University of London, whose research lies in the field of film philosophy. We meet to discuss research and teaching in this field, and to consider texts that impact upon our thinking about film as philosophy. We hold study days that bring together leading thinkers in specific areas in order to assess how aspects of film philosophy are developing and to offer graduate students and early career researchers the chance to engage with the work being done at the cutting edge of this rich and varied approach to cinema, which is both highly contemporary and as longstanding as film itself.

Past events have included two phenomenology study days, a postgraduate symposium on spectatorship and the gaze, and a symposium on feminist activism and the moving image in France and beyond. Think Tank also hosted a visit by the filmmaker Katrin Gebbe, with a screening of her film Nothing Bad Can Happen (2013), followed by a Q&A and a masterclass with students. The Screening Nature Network continues to hold events and collaborative encounters: see ScreeningNature.com.