Find out more about our BA in Modern Languages.

In the 2018 National Student Survey, German was ranked second in London and had an overall satisfaction rating of 94%, above an average of 86%.

The discipline of German Studies has a long and outstanding tradition at Queen Mary College, University of London. With over 100 years of teaching German language and culture behind us, we are proud to be a vibrant department offering a wide range of courses on the literature, linguistics and culture of the major German-speaking countries. Apart from our main focus on Germany and Anglo-German cultural Relations, we have research and teaching expertise in GDR studies as well as in Austrian and Swiss literature and culture. In addition, we offer intensive and diverse language courses (between 4 and 6 contact hours per week), tailored to individual students' needs. As we have a special path for each level of German, you can pursue German Studies at Queen Mary as a beginner, post GCSE, A-level or as a native speaker. To enhance the learning experience of our students, we also offer many extracurricular activities such as German Film Club, Stammtisch, a Podcast Radio Station and our highly acclaimed Writer-in-Residence Programme.

We believe in the value of intercultural and interdisciplinary exchanges, which led to the foundation of the Centre for Anglo-German Cultural Relations (CAGCR). Since its inauguration in December 2005, the Centre has developed into a very active platform for scholars and students, forming a link between Queen Mary and cultural institutions such as the German Academic Exchange Service (DAAD), Goethe Institute or the cultural departments of the German, Swiss and Austrian Embassies. It is moreover of genuine symbolic significance that this Centre is located in the east of London, for it is here that London's cultural diversity has always been at its most inspiring, and the presence of German and Jewish communities was, until the First World War, the most prominent influence in this area.

Our German undergraduate programmes include: 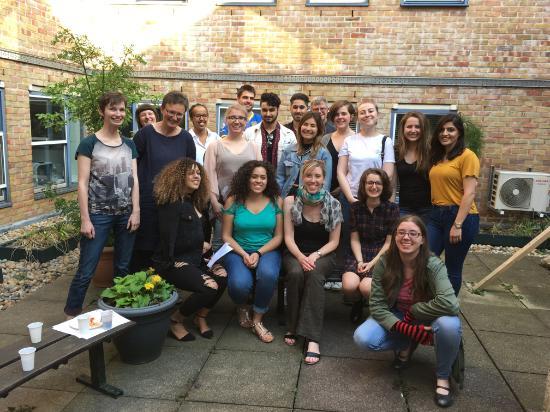 A new degree for 2022, BA Liberal Arts. Full details about this programme here