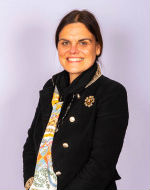 In 2021, Professor Lastra acted as specialist adviser to the House of Lords in an inquiry on the Quantitative Easing (QE) programme of the Bank of England, conducted by the House of Lords Economic Affairs Committee (ECAM) chaired by Lord Forsyth of Drumlean [The inquiry terms of reference are available online]. In 2022, Professor Lastra has been working in close collaboration with the IMF’s Legal Department in examining key legal issues on a topic—climate—at the forefront of the IMF’s agenda; the collaboration builds on a long-lasting intellectual partnership covering several legislative developments, initiatives, and policy proposals (including on legal issues related to Brexit, bank insolvency and resolution, public debt, central banking, and bank regulation).

Prior to coming to London, she was Assistant Professor of International Banking at Columbia University School of International and Public Affairs in New York (1993-1996). From January 1992 to September 1993 she was a consultant in the Legal Department of the International Monetary Fund in Washington D.C. From 2008 to 2010 she was a Visiting Professor of the University of Stockholm. Professor Lastra is Co-Director of the Sovereign Debt Forum, a collaboration between Georgetown and Queen Mary, and Principal Investigator in the Legal and Economic Conceptions of Money project funded by the ESRC under the Rebuilding Macroeconomics network (NIESR).

She also teaches on the following modules:

She also teaches on the LLM in Paris programme.

Lawyers and economists seem to approach money orthogonally—economists taking a more functional approach that includes a broader range of phenomena within the definition, lawyers emphasising legal tender status and the chattel characteristics of the conventional, core form of money—banknotes and coins. But there is commonality between legal and economic conceptions of money, too. Legal treatises over the past decade or two have given more importance to economic notions of monetary “aggregates” and the fact that things like commercial bank deposits—bi-lateral obligations between a bank and a customer—seem to function like money.

“Law and economics” is not a one-way street, either; law makes important contributions to economic conceptions of money. Some economists approach money as a spontaneous creation of private market forces. Law provides the essential micro-transactional apparatus that such theories assume. Others stress the role of state organs in the creation and maintenance of a money system, especially in the modern context. Law in turn provides the essential constitutional framework that such theories assume. In all cases, legal theory might provide important impulses that will assist macro-economists revising conventional theories and approaches to understanding money in light of technological change in our century. In particular, law highlights the need for a granular view of what is actually happening in e.g. payment with a banknote (change of property in a chattel), with bank deposits (e.g. destruction of one liability, creation of a new one possibly with a new bank), or with “virtual currency” (currently under debate). It highlights the importance of the legally-constructed notion of the monetary unit and promises to help organise and rank the classical functions of “money” as a medium of exchange, store of value, and unit of account.

Since 2016 Professor Lastra has been a member of the Banking Union (Resolution) Expert Panel of the European Parliament. On 4 November 2015 the European Parliament awarded the Framework Service Contract No P/A/ECON-BU/FWC/2015-057 – Lot 2 – Resolution of Banks to a consortium led by Queen Mary University of London (of which she is the team leader). The Framework Service Contract was signed on 13 January 2016. As part of the contract Professor Lastra and others submitted a report in November 2016 on "The different legal and operational structures of banking groups in the euro area, and their impact on banks' resolvability". In addition the paper was published on ECON homepage – Banking Resolution – Hearings and Exchanges of Views – Hearing on 5 December 2016 with the Chair of the Single Resolution Board.

Since 2015 she has been member of the Monetary Expert Panel of the European Parliament. On 28 January 2015 the European Parliament awarded the Framework Service Contract No IP/A/ECONMD/FWC/2014-026 to a consortium (of which I am a core team member) led by the German Institute for Economic Research (DIW Berlin). As part of this EU grant, I coordinated a briefing paper on the “Interaction between monetary policy and bank regulation” which the ECON Committee of the European Parliament officially requested in July 2015 in view of the Monetary Dialogue of 23 September 2015 with ECB President Mario Draghi. I also contributed to a report on “The Uncertainty after the Brexit vote: Economic effects and legal aspects” as per the EP’s request ahead of the Monetary Dialogue of 28 November 2016 with ECB President Mario Draghi.

Member of the Institute of International Financial Law