Charles Randell, Chair of the Financial Conduct Authority, gave a speech on ‘Listening up to level up – regulating finance for the whole of the UK’

The event was held on 20 May 2022 by the Centre for Commercial Law Studies at Queen Mary University of London. 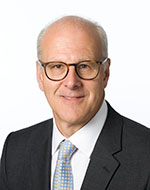 The lecture discussed the FCA’s role as a regulator for the UK, the importance of partnerships, policy coherence, and the future of regulatory framework in the UK. In his speech, Charles Randell said: “I’m optimistic that the changes that we have put in train at the FCA will ensure we play our part as best we can. We are already taking a more assertive approach to rejecting unfit businesses seeking authorisation. We are already acting faster to eject businesses that are no longer fit. We are already taking and succeeding in difficult enforcement cases against businesses that fall short. And I’m confident that in the coming years we can be even faster, more assertive and more successful.”

Charles Randell also announced a project on financial inclusion he is going to co-sponsor with Queen Mary including CCLS and the School of Law, but also other departments including the School of Languages, Linguistics and Film.

Read the Mr Randell’s full speech and watch the full lecture on YouTube. The lecture was also covered in The Times and the Financial Times Adviser.