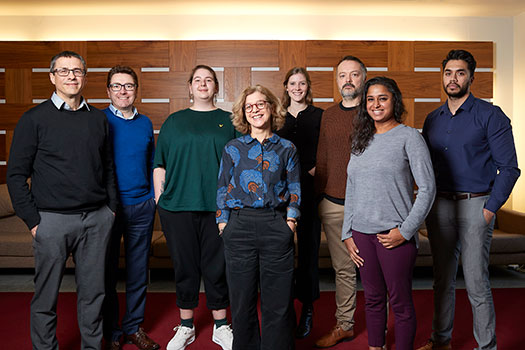 The International State Crime Initiative (ISCI) is a cross-disciplinary research centre comprising a community of scholars working to further our understanding of state crime. By state crime we mean state organisational deviance resulting in human rights violations. This includes crimes committed, instigated or condoned by state agencies or by non-state entities that control substantial territory.

The concept of state crime includes but extends beyond legal categories of human rights abuse and international crime. Our focus is on victims as key actors in defining, exposing and challenging state violence and corruption. ISCI takes the term 'crime' to include all violations of human rights that are 'deviant' in the sense that they infringe some socially recognised norm.

ISCI's primary areas of research include:

In 2011 Professor Penny Green and Dr Tony Ward, ISCI's directors, were awarded an ESRC Standard Grant of £830,000 for a project entitled 'Resisting State Crime: A Comparative Study of Civil Society' (ES/I030816/1). For further information on the project please visit the ISCI research page.

State Crime is the first peer-reviewed, international journal that seeks to disseminate leading research on the illicit practices of states. The concept of state crime is not confined to legally recognised states but can include any authority that exerts political and military control over a substantial territory. The journal’s focus is a reflection of the growing awareness within criminology that state criminality is endemic and acts as a significant barrier to security and development.

For further information, including the contents of the first issue, and details regarding subscriptions and calls for papers, please visit the State Crime Journal page.