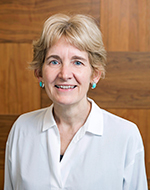 Kate Malleson’s main research interests are the judiciary, the legal system and equality law. She has a particular interest in the politics of judicial independence, judicial selection and the lack of diversity in the composition of the judiciary and the legal profession. She is currently working on a joint British Academy funded research project on the role of the Judicial Appointments Commission in promoting judicial diversity.

Together with a group of colleagues from academia, legal practice and the judiciary she set up the Equal Justices Initiative to monitor developments in judicial appointments and to promote the appointment of equal numbers of women and men to the bench in the UK.

She is also the Co-Director with Professor Lizzie Barmes of the Centre for Research on Law, Equality and Diversity which was established at Queen Mary in 2015 as a forum for academics, practitioners, judges and policy-makers who share an interest in the role of law in promoting greater equality and diversity in public and private institutions.

Her most recent publications include a critical review of the role of values diversity in the UK Supreme Court and an analysis of the problematic nature of the protected characteristics in equality law. She is currently undertaking research on the equality rationales for gender segregation in education with Moira Dustin and an empirical project on the role of positive action in the legal profession with Lizzie Barmes.

She is the Director of the Institute for Humanities and the Social Sciences at Queen Mary.

Kate Malleson welcomes proposals for postgraduate research in the fields of the judiciary, courts and comparative judicial studies, the legal profession and diversity and the legal system.