Isil Etes, who studied for an LLM in Public International Law, shares her advice on job seeking for recent graduates. 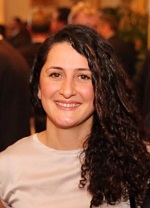 I was born and brought up in Turkey and came to London in 2010 to do the LLM. My initial plan was to return to Turkey after graduating but I really enjoyed living in London and looked for a job here instead. My first job was a Turkish speaking secretarial role at the EBRD (European Bank for Reconstruction and Development) which was based in the City. I found it via an agency that specialises in bilingual vacancies. I was doing the part time GDL (Graduate Diploma in Law) whilst working full time and progressed internally within a year or so after proving myself and taking the opportunities that came up. Having worked for various functions including HR, legal and marketing for 5 years, my title was ‘Senior Officer’ when I left the Bank which was the highest you could get as a non-Banker. After the EBRD, I worked as a Legal Contract Analyst for Disney. Mickey Mouse was my boss for over 3 years until I got headhunted by Expedia and then by Oracle. I am currently a Deal Solutions Manager for Oracle Data Cloud and I manage their digital advertisement contracts.

Being the first person in my immediate family to go to university had always been a challenge for me. I didn’t know which career path to choose, how to look for jobs, make job applications or prepare for the interviews. Being an expat is hard as well. I didn’t have many people around me who I could rely on and it took a long time and a lot of effort to build a social and business network from scratch. I was also an alien to the working culture in the UK and didn’t know how to react in conflicting situations. Being bilingual can be advantageous but it sometimes acted as a setback for my career when I got stuck in Turkish speaking roles.

As a QMentor I advise my students to start job seeking before they graduate and get assistance from the QM Careers office during this process. They shouldn’t be picky about the first couple of jobs. For instance they can get an admin job and then seek new opportunities within the company once they are established there. If they can’t get an office job, they can work somewhere else like a coffee shop. This is much better for your CV than being unemployed as you can earn transferable skills such as communication and customer service by doing those kinds of jobs. I also suggest that they sign up for QMentoring or other mentoring schemes to find a mentor. They can also approach professionals within their network or via Linkedin. The insights they will get from their mentors can boost their careers. Lastly, if they are bilingual or coming from a multinational background, they can look out for the jobs which require those language skills and backgrounds to start with. However, they shouldn’t get stuck in these roles for too long and should seek internal or external opportunities within a year or so to make an upwards or sideways move.