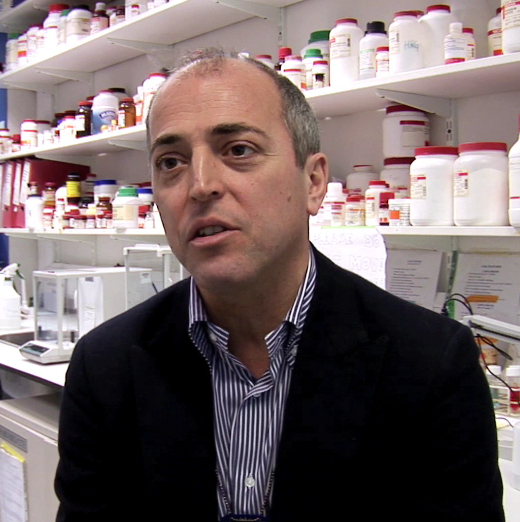 Dean for Research and Research Impact SMD and Professor of Immunopharmacology

After BSc in Medicinal Chemistry (University in Florence, 1985) and an MSc in Pharmacology and Toxicology (1988), Mauro Perretti started his career at the Sclavo Research Centre under the leadership of Prof Luca Parente. In 1991, he joined Prof Rod Flower at the William Harvey Research Institute, and in 1996 he gained his PhD (LON). Mauro's career has been shaped by fellowships from the Arthritis Research Campaign, a post-doctoral one (1997-2002) followed by a senior fellowship (2002-2007). In 2001 Mauro gained his personal chair by Queen Mary University of London. Centre Lead of the Centre for Biochemical Pharmacology from 2001-to 2013, Mauro acted as Deputy Director of the William Harvey Research Institute from 2006 to 2013, taking on Co-Directorship in the period 2013-2016. In 2015, he became Dean for Research and Research Impact of the Faculty of Medicine and Dentistry. A role that he still holds.

Member of the British Pharmacological Society from 1993 and of the American Society of Investigative Pathology from 2005. He was awarded the Carttlin Prize (1998; Barts Medical College), the Quintiles Prize (2000; BPS) and delivered the Rocha e Silva Lecture (Brazilian Society of Pharmacology 2014). He is Fellow of the British Pharmacological Society (FBPhS, 2004), the Academia Europea (2010) and of the Brazilian Academy of Sciences (2015).

Mauro Perretti began his career in inflammation research by studying the process of leukocyte trafficking with a focus on the bioactions of Annexin A1, under the mentorship of Prof Rod Flower FRS. Determining the impact of endogenous Annexin-A1 on human neutrophil biology (NatMed1996) forged the concept of ‘endogenous anti-inflammatory mediators’ (TiPS1997) prompting the appreciation of resolution mechanisms, or their lack, in human inflammatory pathologies. Over the last two decades he has deciphered several mediators and pathways of resolution in the context of arthritis, sepsis and reperfusion injury, making an internationally recognised contribution to the resolution of inflammation research area. Currently, his focus is on pro-resolving receptors to understand their physio-pathology and define their pro-resolving signature with the ultimate aim to inform innovative therapeutic approaches for the treatment of chronic diseases. As such he aims to add Resolution Pharmacology to the textbooks of Pharmacology of next decade (TiPS2015, NatRevRheumatol2017).