Trinidad Montero-Melendez trained as a Pharmacologist and obtained her PhD in Biochemistry and Molecular Biology at the University of Granada, Spain. She later joined the William Harvey Institute under the supervision of Professor Mauro Perretti, to work on understanding the pro-resolving potential of melanocortin receptors. During that period, she discovered the pro-resolving activities of the molecule AP1189 and its novel biased mode of action, which entered clinical development shortly after. She has also contributed to the pre-clinical development of several other melanocortin drug candidates for the treatment of inflammatory conditions and has participated in large high-throughput drug screening programmes for the identification of novel pro-resolving drugs. Another contribution to science includes the discovery of a novel mechanism of induction of senescence in synovial fibroblasts with therapeutic potential in diseases like rheumatoid arthritis.

Trini has published over 30 peer-reviewed publications as well as articles for the general public and children in the magazines The Biochemist and Frontiers for Young Minds. 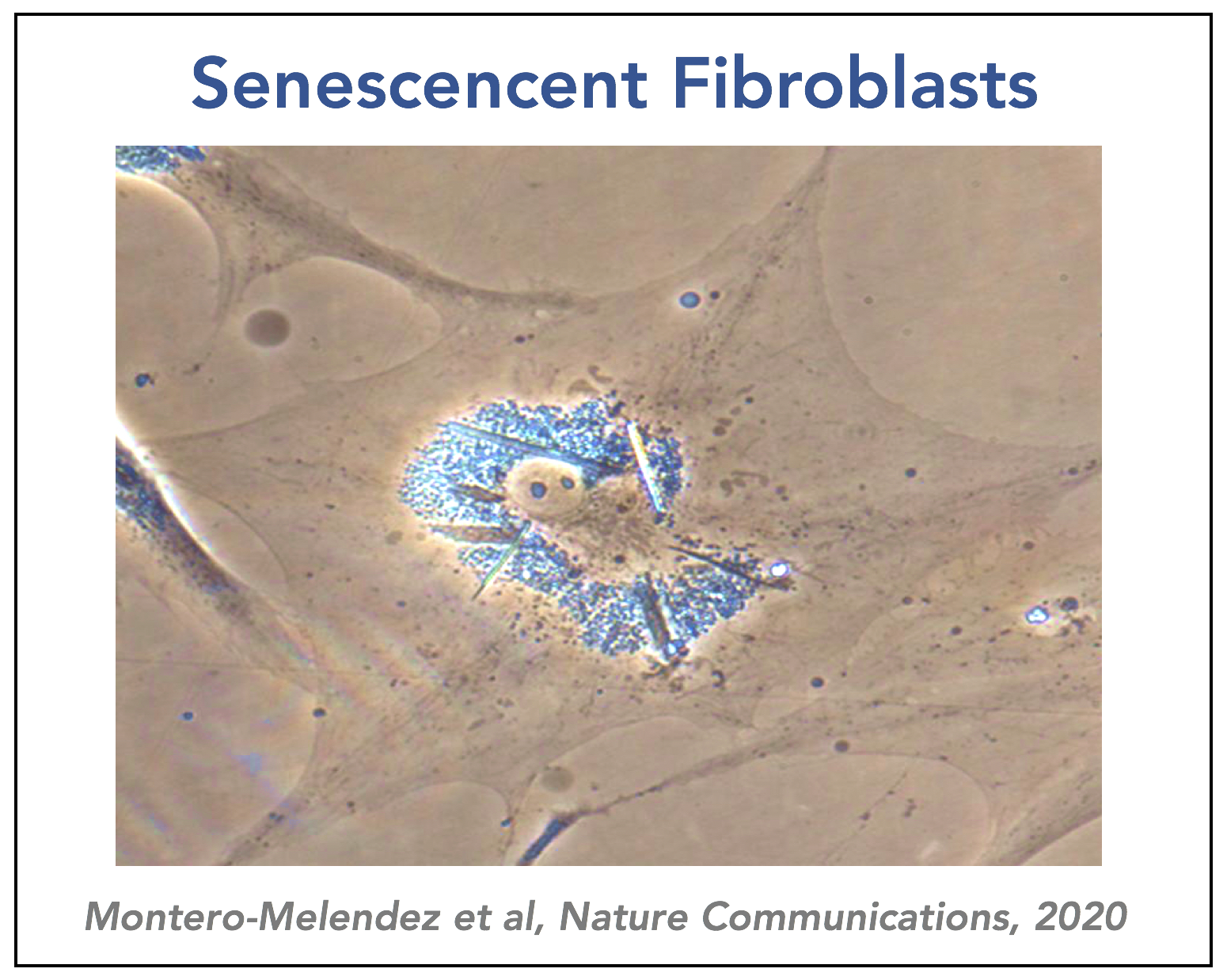 The melanocortin system is comprised by five receptors (MC1-5) and the endogenous peptides ACTH, a-,b-, and g-MSH. Over the last >10 years, we have advanced the field by discovering the pro-resolving actions of melanocortin agonists and by contributing to the pre-clinical development of several compounds in collaboration with industry, which are now undergoing clinical development. More recently, we discovered a new action of selective MC1 agonists which is the induction of cellular senescence in aberrantly activated fibroblasts, favouring the resolution of inflammation in models of arthritis. We are currently investigating the detailed mode of action of this novel mechanism and exploring other conditions for therapeutic application to scale up the translational impact of this discovery. 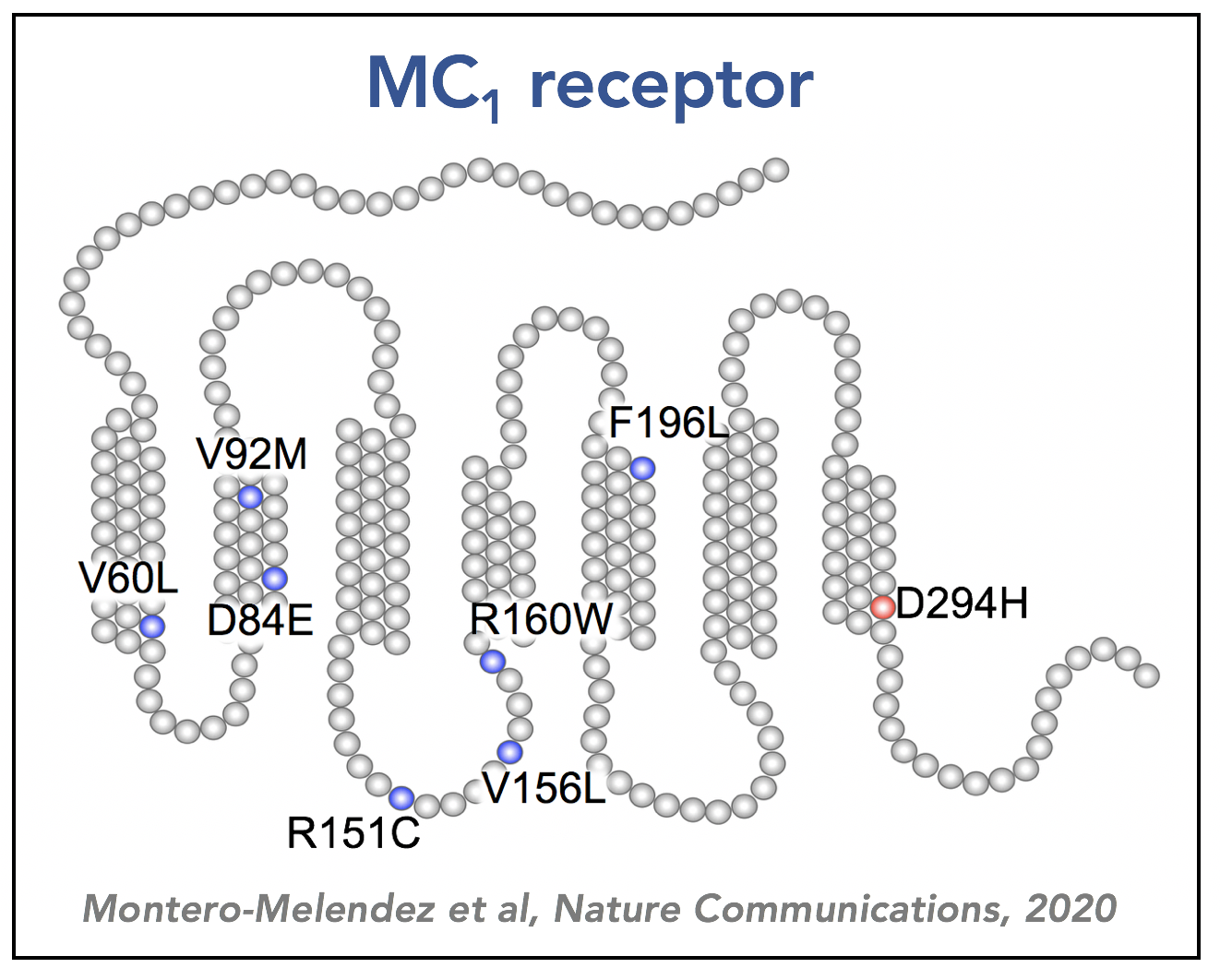 The melanocortin receptor MC1 is encoded by a highly polymorphic gene for which more than 900 genetic variants (SNPs) have been identified. MC1 is highly expressed in melanocytes, the skin cells responsible for the production of melanin. Many of these variants cause a loss-of-function on the receptor leading to reduced production of melanin. MC1 gene variation is responsible for the diversity in human normal pigmentation, reflected in skin and hair colour, and it is strongly associated with red hair. MC1 is mainly responsible for the tanning response upon UV stimulation and it is strongly associated with skin cancer risk. However, the high frequency of these variants in the population may impact on the development of MC1- based therapies. We are investigating what is the impact of carrying a variant on MC1R gene on the anti-inflammatory properties of melanocortin drugs.

Current medicines for the clinical management of inflammatory diseases act by inhibiting specific enzymes or antagonising specific receptors or blocking their ligands. In the past decade, a new paradigm in our understanding of the inflammatory process has emerged with the appreciation of genetic, molecular, and cellular mechanisms that are engaged to actively resolve inflammation. Mediators of resolution share fundamental properties to terminate the inflammatory reaction and organise the ‘cleaning phase’ within the affected tissue, as required for the regain of homeostasis and return to normal physiological function. Targeting of those mediators of resolution is what we termed “Resolution Pharmacology”. In this line, we are working on the discovery and development of novel compounds targeting the melanocortin and the formyl peptide receptor systems. In addition, we actively collaborate with the pharmaceutical industry to progress in the development of drug candidates targeting the resolution of inflammation.

Science communication to the general public: