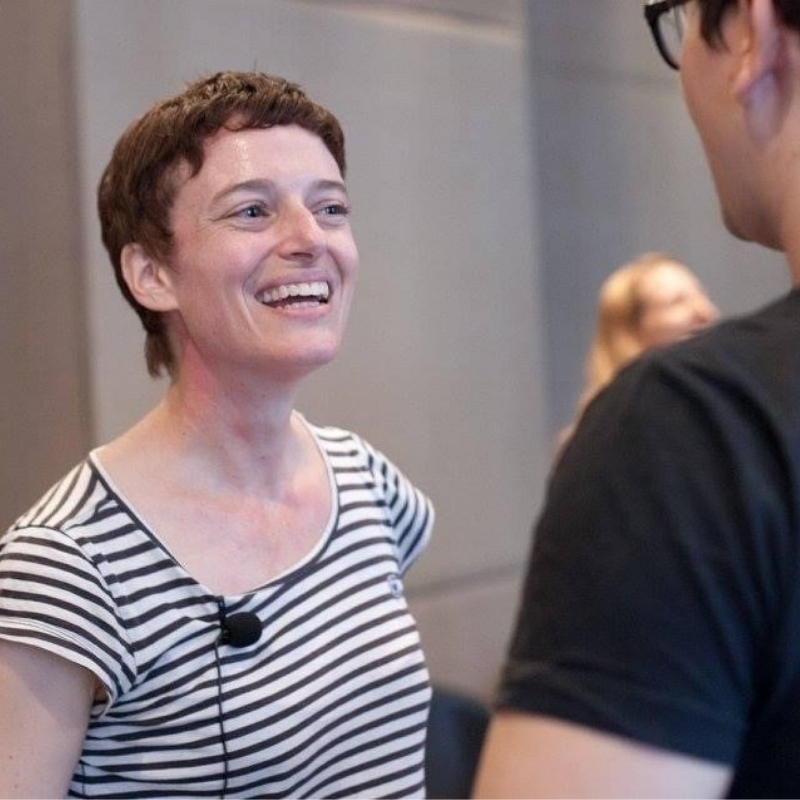 Professor Catherine Silverstone was a longstanding and much-loved colleague in the Department of Drama. She passed away on Sunday 4 October 2020 after a short illness.

Catherine was an esteemed scholar of contemporary queer and decolonial approaches to Shakespeare; she also published on LGBT culture more broadly, including in relation to club performance, performances of queer affirmation, "queer afterlives", and the films of Derek Jarman.

Those of us who had the pleasure to work with Catherine knew her to be a wonderfully intelligent and intuitive thinker, a brilliant doctoral supervisor, and a generous, warm, and committed teacher.

Catherine was Head of the School of English and Drama from January 2020.

She was awarded a posthumous Professorship in March 2021.

Catherine's research was concerned with the cultural politics of contemporary performance. She was particularly interested in what performance is asked to do (and for whom) and what’s at stake in the representations that it offers, especially for thinking about identity, community, and spectatorship. One of the key ways Catherine explored these concerns is through an investigation of early modern drama in performance on stage and screen; she also considered other types of performance, including queer performance, filmmaking, and live art.

Catherine's monograph, Shakespeare, Trauma and Contemporary Performance (2011, paperback 2014) explored relationships between performances of Shakespeare and various traumatic events and histories including apartheid, colonisation, homophobia, and war. She was the editor of a special issue -- ‘On Affirmation’ -- for Performance Research with Fintan Walsh (2014); a special issue of Shakespeare Bulletin to commemorate the 20th anniversary in 2014 of the death of the filmmaker, writer, painter, activist, and gardener, Derek Jarman; and Titus Andronicus (Q1 and F) for The Norton Shakespeare (2015). Catherine also published articles on theatrical reconstruction, cross-dressing, post-apartheid performance, Shakespeare in Aotearoa New Zealand, festival performance, queer club performance, and coming-out films. She was co-editor with Sarah Annes Brown of Tragedy in Transition (2007). Catherine was an active member of the editorial board of Shakespeare Bulletin.

She was a a founder member of the Sexual Cultures Research Group in the School of English and Drama, which actively fosters and develops cross-disciplinary conversations about methodologies, cultures, texts and objects, and research outputs related to sexuality, sex, gender, identity, and both intimate and public cultures.

‘Survival as Legacy: Eulogy for The Sissy’s Progress’ (2017). Also displayed as part of the Museum of the Sissy that accompanied Nando Messias's performance Where 4 Roads Meet: Death and the Sissy at Toynbee Studios, London, 12 October 2017.

'Lois Performs in Aotearoa New Zealand', The Only Way Home is Through the Show: The Performance Work of Lois Weaver, eds. Jen Harvie and Lois Weaver (London and Bristol: Live Art Development Agency and Intellect, 2015).