Queen Mary University of London has promoted Catherine Silverstone from the School of English and Drama to Professor, the first posthumous promotion of its kind at the University. 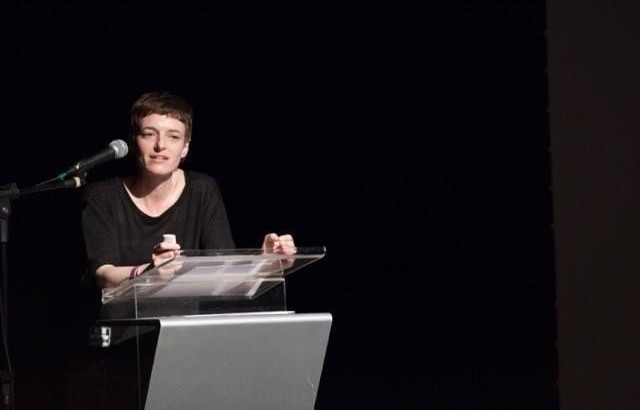 Catherine Silverstone was Head of the School of English and Drama at Queen Mary and Reader in Theatre and Performance when she died in October 2020. She joined Queen Mary in 2007 and specialised in the cultural politics of contemporary performance.

Catherine was an esteemed scholar of contemporary queer and decolonial approaches to Shakespeare, and of trauma and performance. She also published on LGBTQ+ culture more broadly, including in relation to club performance, performances of queer affirmation, queer afterlives, and the films of Derek Jarman. She was also the editor of Titus Andronicus for the Norton Shakespeare.

Since she died in autumn 2020 Catherine’s students, colleagues and friends have been working in different ways to memorialise and remember her. Following her death, a group of Catherine’s students paid for, and installed, a bench on Queen Mary’s Mile End campus as a lasting tribute to her and an annual lecture in Catherine’s name is set to be launched in May. A graduation prize will also be named after Catherine as well. Catherine’s colleagues in the School of English and Drama also set up a remembrance page for people to leave their tributes to her.

Catherine’s posthumous promotion is without precedent at Queen Mary. The substantial application, supplemented with formal statements of support from two external international referees in Catherine’s field, was approved in March 2021.

Promotion based on merit

Professor Colin Bailey, President and Principal of Queen Mary University of London said: “I am delighted that we are approving Catherine’s posthumous promotion. This is not an honorary title but a promotion based on merit, and a fitting tribute to Catherine’s exceptional research over many years.”

Professor Matthew Hilton, Vice-Principal (Humanities and Social Sciences) said: “This promotion is a testament to Catherine’s excellence as a scholar. Catherine knew she had the full support of the Faculty in her intended application and so I am delighted that we have been able to award it posthumously. Many of our colleagues and students were deeply affected by Catherine’s death and have been working in a number of ways to honour Catherine’s memory. This promotion is one of the many ways that we will continue to remember and honour our friend and colleague.”

Catherine has now been promoted to Professor of Theatre and Performance and formal letters have been sent to her partner Julia Cort as well as Catherine’s parents.

Professor Dominic Johnson, Head of Drama at Queen Mary said: “Catherine was with Queen Mary for many years and what she gave to her students and colleagues – as well as the discipline of theatre and performance studies – is immeasurable. We hope that Catherine’s well-deserved promotion will provide some comfort to those who will continue to remember, honour and love our friend and colleague. She is very much missed.”