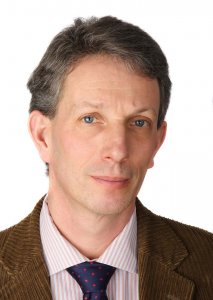 Professor Rob Allaker holds a BSc (Hons) in Applied Biological Sciences (1982) and a PhD (1986) in Skin & Oral Microbiology from the University of the West of England, Bristol. He joined the Royal Veterinary College in 1986 as a Wellcome Trust Post-Doctoral Research Fellow. He then joined Queen Mary University of London (QMUL) as a lecturer in 1992, was promoted to Senior Lecturer in 2002, Reader in 2006 and took the title of Professor of Mucocutaneous Microbiology in 2011.

He was secretary to the Oral Microbiology & Immunology Group, British Division of the International Association for Dental Research (IADR) for 6 years. He holds a Principal Investigator post at QMUL and works with a number of companies with interests in oral care and materials, including GlaxoSmithKline (GSK) and Johnson Matthey.

He has acted as a London Technology Network Business Fellow to help facilitate the transfer of technology-enabled innovations from QMUL to Industry. In 2010, he was awarded the IADR/GSK Innovation in Oral Care Award.

Professor Allaker is an author on over 90 publications in peer reviewed journals and books, and has supervised over 50 researchers. He is a section editor for the International Journal of Antimicrobial Agents. In 2019 he was made a Fellow of the International Society of Antimicrobial Chemotherapy in recognition for outstanding contributions to the field of antimicrobial chemotherapy. He has served on the management committee of the British Society for Oral and Dental Research (BSODR).

Professor Allaker is a Fellow of the Higher Education Academy and teaches a wide range of microbiology topics on dental undergraduate and postgraduate courses within the Institute of Dentistry. He acts as the module Lead (Oral Microbiology) on the MSc Oral Biology course. He was 'Best Teacher in Biomedical Science (Dentistry)' in 2005 as awarded by the Barts & The London Students Association. He was on the management committee of the Association of Basic Science Teachers in Dentistry and the Education & Training Group, Microbiology Society. 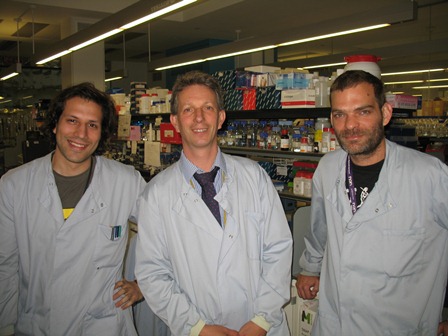 Host - microbial interactions and antimicrobial research have provided the focus for Professor Allaker's research career since 1982 with an emphasis on the microflora of the oral cavity and skin.

At QMUL, the role of innate immune mechanisms in the control of microbial populations has been under investigation. These include those centred on antimicrobial peptides and the entero-salivary circulation of nitrate which encourages nitrate reducing bacteria (NRB) to reside within the oral cavity. Immunity against oral diseases via the action of microbial nitrate reductases and the subsequent production of nitric oxide from salivary nitrite under acidic conditions has been shown. In oral microbiome studies, the stability of the tongue microflora, particularly the NRB has been shown to be associated with oral health. These studies also complement Industry funded (GlaxoSmithKline) projects to determine the role of volatile sulphur compound producing tongue bacteria in oral malodour and periodontitis.

The use of nano-antimicrobials and copper-bearing alloys to prevent implant infection is being explored in collaboration with the Institute of Metal Research, China and Industry (Innovate UK funded). Alongside clinical colleagues, the oral microbial profile of patients with neutrophil defects, metabolic syndrome, rheumatoid arthritis and periodontal bony lesions is under investigation.

A major project funded by the Medical Research Council, involving collaboration with the Blizard Institute, commenced in 2020 to examine the impact of microbial and inflammatory exposures at oral and other sites on birth outcomes in rural Zimbabwe.