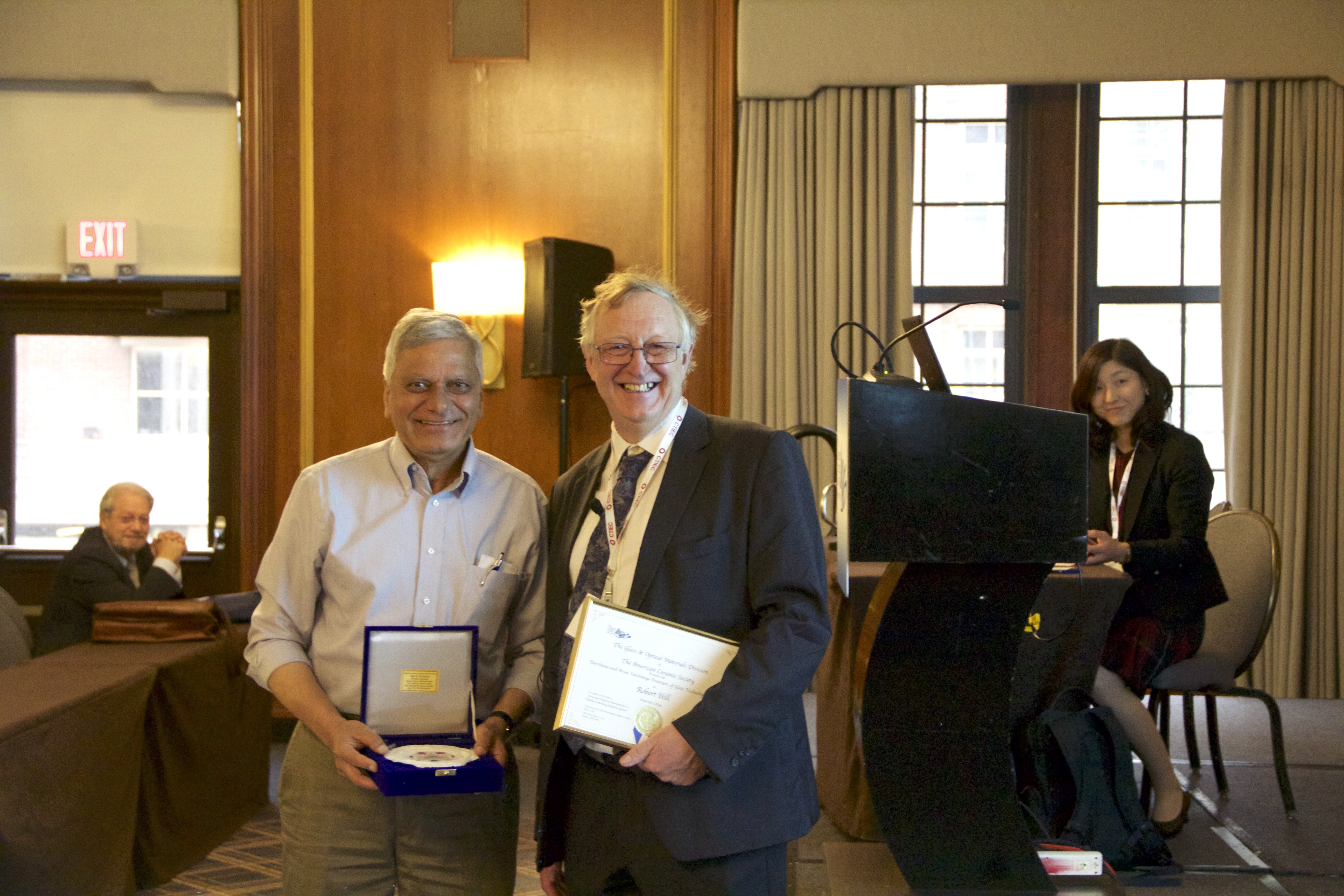 Professor Hill, the first British scientist to win this award, was presented with his prize at the 25th International Glass Congress in Boston. The Award was made by the American Ceramic Society.

In 2009, Professor Hill moved from Imperial College to Queen Mary's School of Medicine and Dentistry to exploit fluoride glass technology in the dental field and was a founder of Biomin Technologies Ltd in 2014.

"It is a huge honour to receive this award and I am delighted that, through Biomin, the science behind my work is being widely used to improve oral wellbeing across the world," said Professor Hill.

Biomin toothpastes contain the special glasses that Professor Hill and his team developed. These glasses dissolve slowly over 10-12 hours releasing calcium, phosphate and fluoride ions. "It is this slow release which is particularly beneficial compared to conventional toothpastes where the fluoride is washed away by salivary flow fairly quickly after toothbrushing," explained Professor Hill.

Biomin Technologies now sells its toothpastes across Europe, China, India and Australia, and the company is licensing its technology to dental companies for varnishes, composite fillings and adhesives.

The American Ceramic Society comprises more than 11,000 scientists, engineers and researchers, as well as manufacturers, educators and marketing professionals from more than 70 countries.

Professor Hill has published over 260 refereed papers and filed over 20 patents. He is currently also research director for the Institute of Dentistry in London.

Speaking after the award Professor Arun Varshneya said, "Professor Hill's talk was an excellent example of translating research in the laboratory into products, and is exactly what I wanted to encourage by founding this Award."