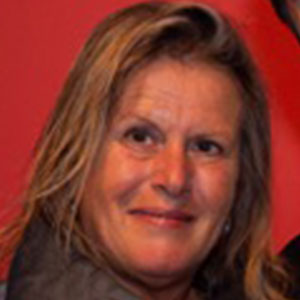 Federica Marelli-Berg qualified in Medicine and Surgery at the University of Milan in 1989, and specialized in Hematology in 1993 at the University of Pavia, Italy. In 1997 she completed her PhD studies at the Royal Postgraduate Medical School (London) under the supervision of Professor R. Lechler. In 2000 she was awarded a Governors’ lectureship by Imperial College London, where she continued her academic career to become Professor of Immunology in 2011. She joined the WHRI  (Barts and The London SMD, QMUL) as Professor of Cardiovascular Immunology in November 2011. Since 2014 she is leading the Centre of Biochemical Pharmacology. In 2016 she was awarded the prestigious British Heart Foundation Chair of Cardiovascular Immunology.

Cardiovascular Immunology
Effective immunity relies upon the prompt localization of activated T lymphocytes to the site of pathogen invasion. While other leukocytes migrate in response to non-specific inflammatory stimuli, activated T lymphocytes must discriminate and migrate to tissues where their cognate antigen is located. To maintain immune homeostasis, the anti-inflammatory regulatory subset of T cells also localizes to the site of inflammation to prevent excessive tissue damage.

The regulation of memory and regulatory T lymphocyte trafficking is the main focus of my research. Our major contributions have been in the field of antigen-dependent recruitment, which allows selective recruitment of primed T cells to localize antigenic sites, and have unveiled key molecular mechanisms of this effect, which can be targeted pharmacologically. We have recently discovered a novel pathway which promotes selective T cell migration to the heart. In addition, we have pioneered the field of metabolic regulation of T cell motility and migration and have discovered molecules – implicated in T cell metabolism - that can be pharmacologically targeted to therapeutically modulate T lymphocyte trafficking.

The long-term plan of our research is to provide translational bridges between T cell homing mechanisms and the therapy of immune-mediated diseases, including heart transplant rejection and myocarditis.

We are currently developing these studies with an aim to provide a solid basis for imminent clinical use.