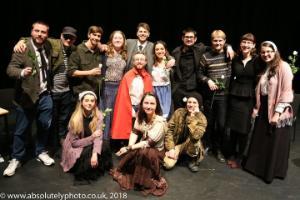 This year you are cordially invited to the production of "The Pokrovsky Gate" by Leonid Zorin with two shows on the 7th and 8th of April 2022 at 7pm. All the money collected from the event will be transferred to support people of Ukraine.

If you are interested to come or bring a group, please contact Dr Nadezda Bragina n.bragina@qmul.ac.uk or register your interest here

Every year students of the Russian Department produce a play in Russian, a tradition which has been on-going for more than twenty years without interruption. Usually students take care of everything, from directing and acting, to designing the sets and preparing publicity. Even ab-initio students of Russian are involved in acting. Performing lines is a great way to develop pronunciation and intonation, and it helps develop confidence in speaking. Students receive coaching from staff on how to articulate their lines. And of course, the play gives students a chance to put their leadership, interpersonal, and organisational skills to good use, all things that come in handy on the job market. Participating in the play also enables students to get to know one another across the year groups and creates a sense of community. Indeed, former students often return to watch the show. Here is a list of recent productions and some posters. 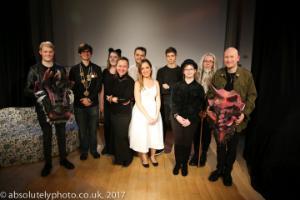 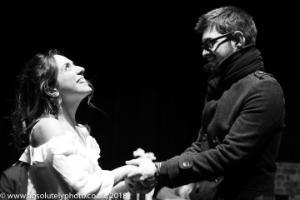