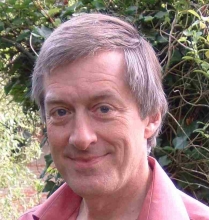 Chris Pountain was Lecturer in Spanish and Linguistics in the University of Nottingham and Senior Lecturer in Romance Philology in the University of Cambridge, where he is a Life Fellow of Queens' College, before coming to Queen Mary in 2004. He has written 'A History of the Spanish Language through Texts' (Routledge, 2001) and 'Exploring the Spanish Language' (Arnold, 2003), as well as many articles on the history and structure of Spanish and the Romance languages; he has also published a number of reference works on Spanish language.