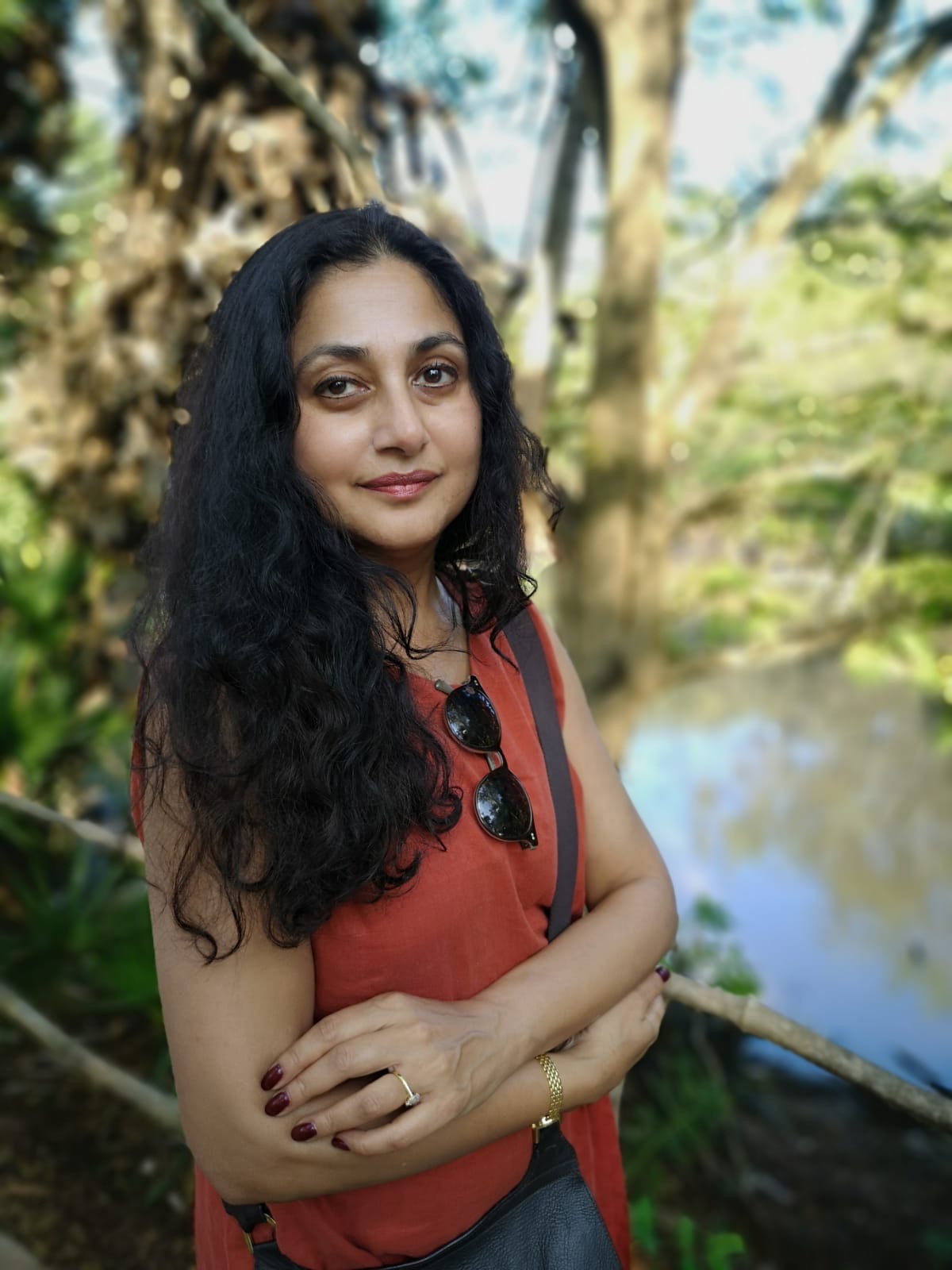 Professor of Hispanic, Cultural and Migration Studies and Head of the School of Languages, Linguistics and Film

I write as a migrant subject on questions of human mobility, forced or otherwise.

My research interests lie on the nexus of Cultural Studies and Migration Studies, with a special focus on visual representations of migration and displacement. My background is in Hispanic Studies, starting with my doctoral work on the concept and practices of community in Spain. Subsequently, my writing has taken a more comparative and transnational focus, considering questions of human mobility and culture in contexts of globalization and transnational connections. My work is interdisciplinary and I often employ methodologies that combine critical theory with ethnography. My preferred medium as an entry point to reflecting on the complexities and challenges of migration is photography. I have published extensively on photography as a mode of engaging with many socio-political issues relating to migration, such ethnicity, gender, urban spaces, borders, inequalities, environmental displacement, cultural memory and community. I have also published on film and music, especially flamenco. My work is committed to an ethics of social justice, dignity, and human and planetary rights through revisions in existing policies, discourses and practices.

I joined Queen Mary University of London in 2000, after some years of teaching in other universities. Since then, I have engaged in undergraduate and postgraduate teaching in Modern Languages and Cultures, Film and Comparative Literature. I have also successfully supervised and co-supervised over ten doctoral dissertations.

I am currently the Head of the School of Languages, Linguistics and Film. I am also a member of the Leadership Team of the Global Policy Institute at Queen Mary and a Senior Adviser on the Resilience Futures India Initiative.

I am currently writing a book entitled Photopolitics and Displacement in the Mediterranean: Re-viewing migration through imagery, under contract to Routledge. This book focuses on a range of issues relating to the rise of migrants and refugees in the Mediterranean region in recent years through analyses of photography from all shores of the Mediterranean Sea.

I am currently co-leading a research project funded by QMUL’s Strategic Research Priorities Fund and run via the Global Policy Institute, Migration, Pandemic and Responses from the Third Sector: Lessons from Brazil and India that examines the work of civil society organizations, faith-based organizations and migrant-led organizations to support migrants in the context of the pandemic. This project commenced in January 1st 2021 and outputs will be launched in April 2021.

I am also part of QMUL’s Resilience Futures India Initiative, collaborating with colleagues from the School of Medicine and Dentistry on a project relating to migration, health and gender.

I am currently also shaping a project on the role of photography in constructing cultural memory among ethnic minorities from South Asia in the United Kingdom.

I am the Principal Editor of the peer-reviewed journal, Crossings: Journal of Migration and Culture.

I founded Crossings in 2010, to offer a space for debates on the nexus of migration and culture. The journal promotes diverse global and local perspectives by fostering cutting-edge research in this area, with a strong emphasis on interdisciplinary methodologies.

If interested in submitting an article, please visit: https://www.intellectbooks.com/crossings-journal-of-migration-culture

'Homing the Other: the Immigrant as New European in David Planell's Bazar in Beyond Boundaries, ed. Andy Hollis, Amsterdam: Rodopi Press, December 2000

‘Voicing Risk: Displacement and Relocation in Spanish-Moroccan Raï' in Between the Local and the Global: Popular Music and National Identity edited by Ian Biddle and Vanessa Knights, London: Ashgate, 2007, 65-80

‘Undocumented, Unseen: The Making of the Everyday in the Global Metropolis of London’ in London, the Promised Land -- Revisited edited by Anne Kershen, Ashgate Publishers, London, 2015

‘Undocumented, Unseen: the making of the everyday in the global metropolis of London’ in Kershen, Anne (ed), 2015. London: the Promised Land? London: Ashgate

‘Still Photography and Moving Subjects: Migration in the Frame of Hospitality,’ in Nair, Parvati and Bloom, Tendayi (eds)., Migration Across Boundaries (2015), Ashgate

‘At Sea: Hope as Survival and Sustenance for Refugees’ in David Farrier (ed.), Refugee Imaginaries: Contemporary Research Across the Humanities, Edinburgh: Edinburgh University Press, forthcoming in 2019.

'Between Being and Becoming: an ethnographic examination of border crossings in Alma gitana (Chus Gutiérrez, 1995)', Tesserae, Journal of Iberian and Latin American Studies, 5:2, December 1999, 173-188

‘Albums of No Return: Ethnicity, Displacement and Recognition in Photographs of Moroccan Immigrants in Spain', Journal of Spanish Cultural Studies, 1, March 2000, 59-73

'Straddling the personal and the public: elastic boundaries or a case-study of two gitana daughters of reknowned flamencos' in Journal of the Institute of Romance Studies, Spring 2001, 49-63

'In Modernity's Wake: transculturality, deterritorialization and the question of community in Las flores de otro mundo', in Postscript, April 2002, 38-49

'Memory in Motion: Ethnicity, Hybridity and Globalization in Self-Photographs of Moroccan Immigrants in Spain', Journal of Romance Studies, Vol.3.1, 2003, 73-86

‘The Body Politic of Dissent: the Paperless and the Indignant,’ Citizenship Studies,

‘The Refuge of Photography: Perspectives on Asylum, Citizenship and Belonging in
London’ in Moving Worlds, special issue edited by David Farrier, Autumn 2012.

‘Homeward Bound? Questions on Promoting the Reintegration of Returning Migrants,’ UN Chronicle, No. 3, 2013, 30-33

I welcome expressions of interest for doctoral supervision in the broad areas of migration, studies, cultural memory, gender studies, and photography studies.

‘In Equatorial Guinea, What Would It Take for People Power to Triumph?,’ The Guardian, 20 February 2011 https://www.theguardian.com/commentisfree/2011/feb/20/equatorial-guinea-hunger-strike

‘Fire Under Plastic: immigration, or the open wounds of late capitalism’ http://www.nodo50.org/cubasigloXXI/congreso/nair_15abr03.pdf

‘After-images: Trauma, History and Connection in the Work of Alfredo Jaar’ http://www.antropologia.cat/quaderns-e-169

‘Where to now? Governing the migration crisis in the Mediterranean’, openDemocracy, 9 September 2015. https://www.opendemocracy.net/can-europe-make-it/parvati- nair/where-to-now- governing-migration-crisis-in-mediterranean

‘Should Migration Have Been a Separate Goal?’, United Nations University, The Global Goals for Sustainable Development, 25 September 2015. http://unu.edu/publications/articles/migration-a-separate-goal.html

‘Refugee or Migrant? Sometimes the line is blurred,’ The Conversation, June 20th 2017 https://theconversation.com/refugee-or-migrant-sometimes-the-line-is-blurred-79700

‘Changing Places: between Here and There, the Local and the Global,’ https://www.merit.unu.edu/changing-places-between-here-there-the-local-the-global/ February 26th 2019.