Stalker Dreams constitutes a unique biographical portrait of the Russian screen performer-cum-director Aleksander Kaidanovsky (1946-95), one perhaps best known for his starring role in Andrei Tarkovsky's 1979 cult science fiction film Stalker. The director of Stalker Dreams, Yevgeny Tsymbal, worked as an assistant to Tarkovsky on Stalker and got to know Kaidanovsky as a friend and artistic collaborator.

Evgeny Tsymbal is the director of more than 12 documentary films and two fiction films, including the 1987 Defence Counsel Sedov, which won a BAFTA. He has also won the Russian National Film Academy Award (NIKA) three times, alongside many other prizes. He has been a regular visitor to QMUL, first coming in 2003, and winning an QMUL HSS Distinguished Visiting Fellowship in 2008, to work on his book The Birth of Stalker (forthcoming, 2020), about his work on Tarkovsky’s iconic film. 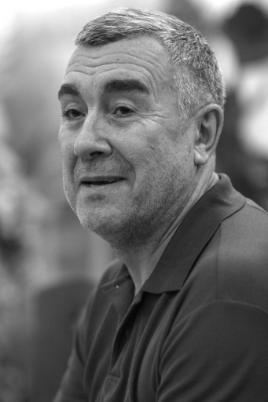