Have you ever wondered what it’s like to be a law student? We asked some of our students to put together their advice and opinions on studying law, being a student at Queen Mary, negotiating London and engaging with current affairs.

In March 2021, the School of Law will launch a “Students’ Jury”—a pilot project in which a representative group of 12 law students will be selected by democratic lottery.

Thasrina Hussain shares her experiences of the Pathways to Law programme.

Tips and advice for new students

Second Year Law and Politics Student Uswah Naseem talks about some common anxieties, and offeres some ways to cope and overcome them.

Studying law while being in a complete lockdown in northern Italy 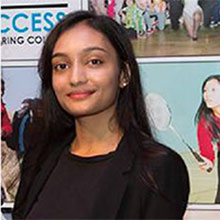 Tejal Shah, a Gianni Sonvico scholarship recipient, explains how winning the scholarship impacted her experience as a student.

A general guide on how to do the first year right

Humerah Al-Hadad's new blog series offers an insider view of what it's like to be a law student at QMUL!

Working at a law firm: It’s the small things that leave the final impression

Ruby Kennerley, Second Year Law Student: In the following blog piece, I plan to outline some of the trivial things that often go unlooked but are crucial steps to ensuring you deliver an overall good job

Nora Sandvik Ling, Senior Status Student: For many UK students doing the two-year senior status LLB after finishing a first bachelor sounds crazy, especially since there is the option of doing the Graduate Diploma in Law (GDL). However, I have found that there are many benefits to doing the senior status LLB program.

Preparing for your Year Abroad

Kajal Kandeth, Third Year Law Student studying in Spain: I have been given the fantastic opportunity to go abroad and study law in Spanish!

Daphne McRae, LLB English and Law Student If I were to ask you to guess how many law-related societies there were at Queen Mary, how many would you say? Two maybe? Three? Definitely no more than four. Well my friend, there are NINE.

How to become commercially aware (and enjoy doing it)

Daphne McRae, LLB English and Law Student Commercial awareness is the single biggest buzzword currently being used by law firms. Also known under various other guises such as commercial acumen and business sense, it’s possibly the most important quality firms look for in their prospective hires.

Should you go on a year abroad?

As part of the LLB English and European Law programme, students choose from a list of European universities in which they would like to spend the third year of their degree. Erasmus students are given the opportunity to venture out into a new country, have a reduced workload and maybe even learn a new language. It is no coincidence that the vast majority of students who opt for this say it is by far and away the best year of their degree. I will take you through a whistle-stop tour of various aspects of the year abroad and how they compare to student experiences in the UK.

Finding out about alternative careers

Kajal Kandeth, LLB Law student This year I became a member of Queen Mary Law Society’s Alternative Careers Department. The QMUL Law Society started this department in the hope of introducing law students to other careers, and to show them that there are different options available to them rather than merely the conventional routes. 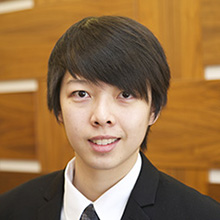 Liuh-Jang Kwok, LLB Law student:  Since the first day of law school, reading case judgments has gradually become part and parcel of our lives as students. No matter the module, it is simply impossible to disregard decisions made by the Supreme Court and its predecessor, the Appellate Committee of the House of Lords.

How to Make the Most of Your First Year

Kajal Kandeth, English and European Law Student: As I come to the end of my first year and with exam season approaching, I thought it would be useful to let new students know how to make the most of their first year.

Kajal Kandeth, English and European Law Student: This year saw the conception of the QMUL Client Interviewing Competition which was sponsored by Norton Rose Fulbright. I was fortunate enough to reach the quarter-finals with my partner Laura Disley. 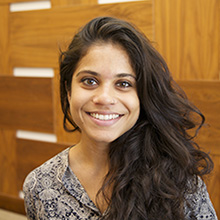 Six Months with the British Institute of Human Rights

Stacey De Souza, LLB Senior Status Law Student: Not everyone comes to Law School knowing exactly what they want to do with their degree. The lucky ones who do seem to be the most noticeable in the crowd, but for the rest of us, internships are important for discovering alternative paths to a legal career.