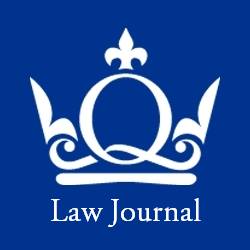 The Queen Mary Law Journal (QMLJ) is a collection of essays and academic articles published annually by the Queen Mary Law Society. It is an entirely student-run publication, with both its leadership and editorial board drawn from the student body at Queen Mary University of London. Founded in 1998 and re-introduced in 2010, the journal's primary commitment is to offer an avenue for students and practitioners of the law to publish work that falls outside the scope of the typical legal curriculum.

The QMLJ is an innovative legal publication. We aim for diversity in both our content and contributors – all submissions are subject to a peer review process by our editorial board and faculty advisers. We aim for accessibility by combining print and digital media and we hope to create a forum for open legal discussion.

The journal is distributed within the School of Law at Queen Mary, in addition to being held in the libraries of all University of London schools and major national collections such as the British Library and Senate House.

Read past issues of The Queen Mary Law Journal online.