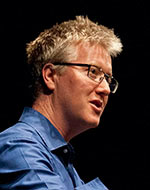 Professor Alan Dignam graduated from Trinity College Dublin in 1990. He received his doctorate in 1995 from Dublin City University Business School. He joined Queen Mary University of London in 1998 having been a lecturer in law at Dublin City University and Sussex University. His major research interests are company law, corporate governance, the application of Constitutional Rights/Human Rights to corporations and the impact of Artificial Intelligence on Corporations. On 17 December 2020 Her Majesty the Queen approved his appointment as one of only six Honorary Queen’s Counsel (now KC Honoris Causa) granted that year.

He has written widely in domestic and international law journals on company and commercial law matters, and is the co-author with David Allen of Company Law and the Human Rights Act (Butterworths, 2000) and with Professor John Lowry (UCL) of Company Law (Oxford University Press, 2019). A co-authored book with Michael Galanis (Manchester University) entitled The Globalization of Corporate Governance, (Ashgate, 2009) was published in 2009 predicting the end of globalisation and the rise of nationalist agendas. In 2014, again with Michael Galanis, he edited a collection of essays on Post-crisis Trajectories of European Corporate Governance: Dealing with the Present and Building the Future (Wiley 2014).

In November 1999 Alan Dignam was awarded the Fredrick I Medal for contributions to Academia by the Department of Political Science, University of Naples. For the Academic year 2002-2003 he held a visiting fellowship at the Law School, University of Melbourne and was a Parsons Scholar at the Law School, University of Sydney. In 2003 he was appointed by Lord Millet to the Editorial Board of Gore Brown on Companies. He is an advisor to Amnesty International's Business Group on their corporate accountability campaigns and over the course of 2013 worked with Amnesty and Menagerie Theatre Company to bring corporate human rights abuse to life through a large scale theatre project called Human Rights! Bloody Human Rights! The project website can be found here.

He was the Convenor of the Company Law section of the Society of Legal Scholars from 2003-2007. He was appointed in 2004 to the International Advisory Committee to the South African Department of Trade and Industry Company Law Review and has advised various governments, NGOs and corporations on Corporate law and governance reform. In 2102 he was the Eversheds, Ernst & Young, Sino Group, Tricore, Noble Group Joint Visiting Professor at the Chinese University of Hong Kong and the University of Hong Kong. He is an honorary Member of 7 Kings Bench Walk Chambers and a Member of the European Forum on Securities Regulation. In 2015 he was ZIFO Institute for Financial and Corporate Law Amsterdam Distinguished International Visitor and a visiting Professor at the  Cambridge University Law Faculty.

Since 2014 he has been working on a large scale empirical project with Professor Peter Oh from the University of Pittsburgh examining corporate disregard (Veil lifting/piercing etc) in the UK over the course of the 19th, 20th and 21st Centuries. The first part of that project was published in the Spring 2019 edition of the Oxford Journal of Legal Studies and can be found here. The second part exploring judicial rationales in disregard cases was published in Legal Studies in June 2020 and can be found here. Since 2016 he has been a member of Welcome Trust funded network exploring the impact of Artificial Intelligence on Corporations. The first of a number of papers on Artificial Intelligence and Corporations can be found here.

Professor Dignam welcomes proposals for postgraduate supervision in all aspects of company law and corporate governance. Before contacting him please read the information about the Law PhD programme at Queen Mary, University of London.