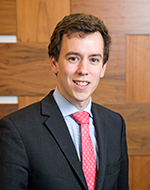 Dr Matthieu Burnay is a Senior Lecturer (Associate Professor) in Global Law at Queen Mary University of London. He is also a Visiting Professor at Beijing Normal University and Paris 1 Pantheon-Sorbonne, as well as an Associate Researcher at the Leuven Centre for Global Governance Studies, University of Leuven. He has an interdisciplinary background in law, political science and history. He holds a PhD in Law from the University of Leuven and a Double MSc degree in International Affairs from Peking University and the London School of Economics.

At Queen Mary, Dr Burnay serves as Co-Director International, Co-Director of the Centre for European and International Legal Affairs (CEILA), Academic Lead for the Double Degree in English and French Law, as well as Academic Coordinator for the Association of Transnational Law Schools (ATLAS). He teaches the undergraduate courses ‘Law and Globalisation’, ‘Global Law and Governance’ as well as ‘Chinese Law and Institutions’.

His main research interests are in global law and governance; the study of the political and legal aspects of EU-China relations in global governance; as well as the comparative study of the rule of law in Europe and Asia. He is particularly interested in the relationship between international law and Chinese law in the areas of international security and trade governance. His recent works include ‘Chinese Perspectives on the International Rule of Law: Law and Politics in the One-Party State’ (Edward Elgar, 2018) as well as a number of journal articles and book chapters published by European Foreign Affairs Review, Asia-Europe Journal, Global Affairs, Chinese Journal of Global Governance, CUP, Routledge, Palgrave MacMillan, and Edward Elgar.

In 2018, he was awarded a Jean Monnet Network on EU-China Legal and Judicial Cooperation (EUPLANT). In 2020, he was awarded a GCRF Networking Grant on ‘Chinese Investments in Rwanda: Challenges and Opportunities for the Construction of a Sustainable Economy and Society'.

Dr Burnay was previously a Senior Researcher at the Leuven Centre for Global Governance Studies, University of Leuven. He was also a Visiting Professor at the University of Liege, University Saint Louis- Brussels (Belgium), as well as the Catholic University of Lille (France). He has been consulted on China-related issues by the European Parliament, the European Council, the EU Committee of the Regions, and the Belgian Ministry of Justice. In 2014, he received a Scientific Prize Gustave Boël - Sofina Fellowship from the King Baudouin Foundation.

GCRF Networking Grant on ‘Chinese Investments in Rwanda: Challenges and Opportunities for the Construction of a Sustainable Economy and Society’: In the last three decades, China has emerged as a major source of foreign aid and investments in Africa. The increasing demand for commodities (i.e. natural resources) combined with China’s large financial reserves offer African countries a credible alternative to the more traditional Official Development Aid and foreign investments coming from Western countries. Against the background of a rising Chinese presence in Rwanda, this project aims to analyse how Chinese foreign aid and investments contribute/impede the construction of a sustainable Rwandese economy and society in view of the UN Sustainable Development Goals (SDGs). The project focuses in particular on the four sectors of the national economy that have witnessed a strong rise in foreign investments: infrastructure, apparel, agriculture, and Information Technology. In contrast with other African countries, debates on the Chinese presence in Rwanda remain limited. Hence this project provides a platform enabling local stakeholders (i.e. academics, private businesses, government and civil society representatives) to enter into an informed debate on the prospects and challenges engendered by Chinese foreign aid and investments. Initiating this debate is crucial to ensure that Rwanda takes ownership of the SDGs. The project builds upon the interdisciplinary knowledge of individual experts from Rwanda, China, and the United Kingdom. The research collaboration will enable knowledge and capacity building in Rwanda and facilitate future collaborations between individual experts of the network.

Jean Monnet Network on EU-China Legal and Judicial Cooperation - EUPLANT (Academic Coordinator): EUPLANT investigates the interactions between the Chinese and the European Union (EU) legal and judicial systems and promotes excellence in teaching and research on EU-China legal and judicial cooperation. Through a set of research, policy and outreach activities, EUPLANT creates new avenues for enhanced academic and policy cooperation between the EU and China and engenders a better understanding of each other’s legal systems. The network brings together Queen Mary University of London, King’s College London, University of Leuven, University of Bologna, Erasmus University Rotterdam, Tsinghua University, Beijing Normal University, and City University of London.

Jury Member for the PhD dissertation of Ms Li Yang (King’s College London) on ‘Constructing A Theoretical Framework for Understanding Data Protection Law in Comparative Perspectives: If not Privacy, Then What?’, July 2020.

Member of the Supervisory Committee for the PhD dissertation of Yang Hai (KU Leuven) on ‘A Comparative Analysis of the Structural Foreign Policy of the EU and China in the International System’.