As General Editor of the Browne edition I am also the Principal Investigator on the major AHRC grant supporting it, and I am co-editing, with Kathryn Murphy, volume 4 (Urne-Buriall, Cyrus, Christian Morals, Letter to a Friend), and will edit Musaeum Clausum in volume 5. My books include monographs on Browne, Edith Wharton, and the cultural history of bees, and I recently co-edited, with Reid Barbour, an OUP collection of essays on Browne, to which many of the Browne editors contributed. I’ve recently held research awards from the British Academy, the Guggenheim Foundation, and Yale supporting my current book, The Aid of Similitudes: the poetics of scientific investigation in seventeenth-century England, forthcoming, OUP 2014), and I’m writing articles on soils, earths, and the geological writing of the seventeenth century, and on the poetics of early-modern orchards and apples. I’ve also been talking about Browne recently on various television and radio programmes in the UK, the USA, and Australia. I’ve held posts at Oxford, Cambridge, and most recently, the University of Birmingham where I was Professor of Early-Modern Literature. I joined Queen Mary in September 2013. My research interests include: the literary writing of science 1580-1730; Sir Thomas Browne; word and image relations 1500-1700; American literature (especially 19th and early-20th century writing); Philip Sidney and the Sidney circle; and early-modern epistolarity. Institutional profile. Contact Claire Preston.
Volume 4, Urne-Buriall, Garden of Cyrus, Christian Morals, Letter to a Friend, with Kathryn Murphy, and Volume 5, Tracts 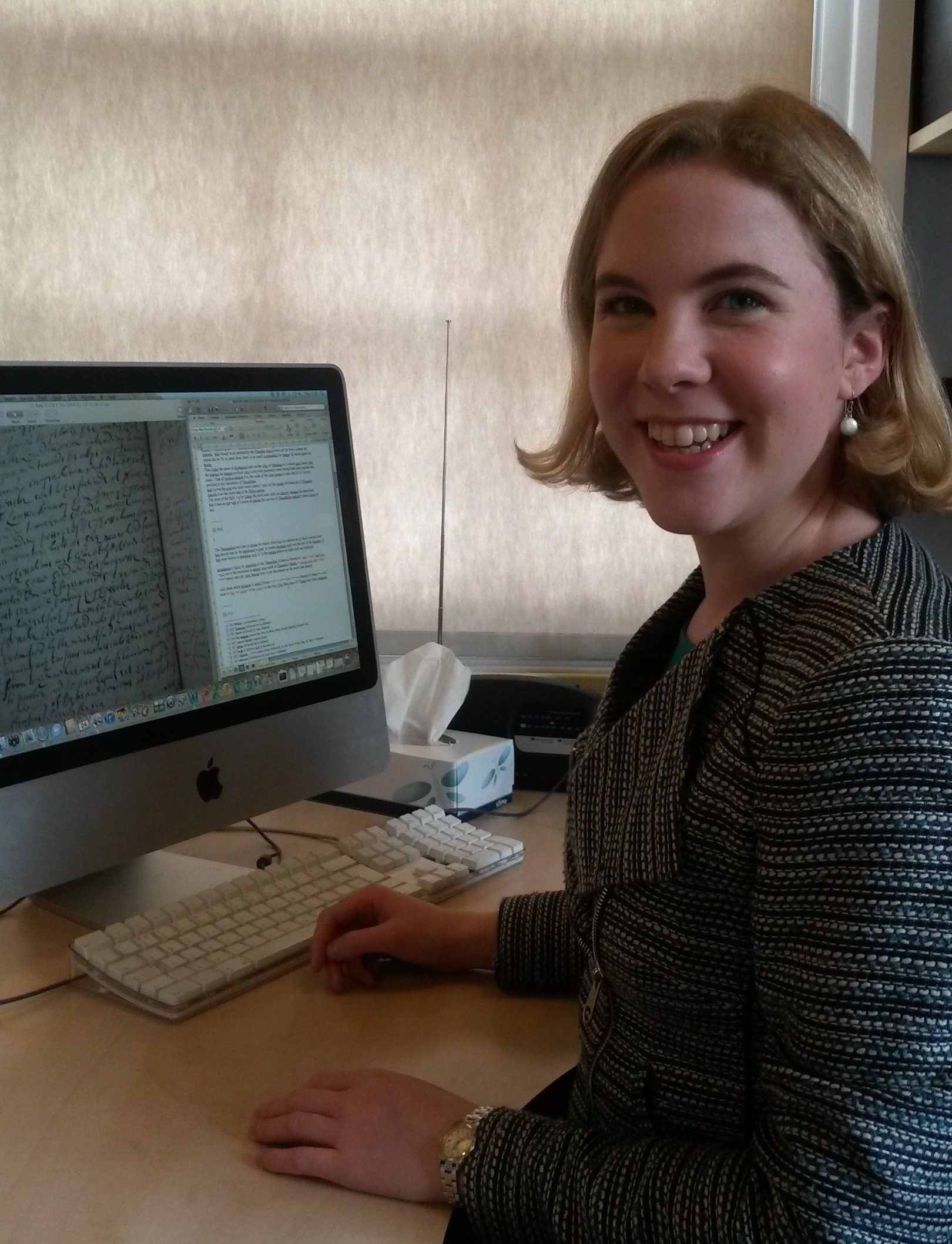 I am a PDRA on the project co-editing Browne's manuscript notebooks. In addition, Harriet and I are co-editing Editing Early Modern Texts: A Handbookfor Ashgate. I received my PhD from the University of Sheffield in 2013 for the edition of National Arts Library (GB) MS Dyce 44 that I'm currently preparing for publication with the Renaissance English Text Society. After jobs cataloguing manuscripts and printed books in both archival and commercial settings I now teach the Early Modern Archival Skills MA module at QMUL. I am extending my doctoral research on English early-modern poetry and manuscript miscellanies into the medical humanities to prepare a monograph on poetry about the 'pox' (syphilis) in the seventeenth century. Institutional profile. Contact Claire Bryony Williams.
Volumes 6 and 7, Notebooks, with Antonia Moon and Felicity Henderson 'I am one of the postdoctoral research associates on the edition, and I am also co-editing Pseudodoxia Epidemica. I have recently completed a PhD at the University of Cambridge (2013) on the popular past in early modern England, which I am presently revising into a book. Having previously published on popular culture in Shakespeare, I am currently working on changing epistemologies of the popular in the sixteenth and seventeenth centuries. I am also editing, with Claire Williams, Editing Early Modern Texts: A Handbook for Ashgate. Institutional profile. Contact Harriet Phillips.
Volumes 2 and 3, Pseudodoxia Epidemica, with Jessica Wolfe and Kevin Killeen I am Professor of English at the University of North Carolina at Chapel Hill. With David Norbrook, I have published The Complete Works of Lucy Hutchinson, volume one: The Lucretius Translation (OUP, 2011), which was recently awarded honorable mention for the Best Scholarly Edition award at MLA. Sir Thomas Browne: A Life is now available from Oxford University Press (2013). I’m also the author of, among others, Literature and Religious Culture in Seventeenth-Century England (CUP, 2002), John Selden: Measures of the Holy Commonwealth in Seventeenth-Century England (University of Toronto Press, 2003), and co-editor (with Claire Preston) of a volume of essays on Sir Thomas Browne, The World Proposed (OUP, 2009). Institutional profile. Contact Reid Barbour.
Volume 1, Religio Medici, with Brooke Conti I am Associate Professor of English at the State University of New York at Brockport. In addition to numerous articles, I am the author of Confessions of Faith in Early Modern England (University of Pennsylvania Press, 2014), which explores the paradoxical relationship between autobiography and polemic in the seventeenth century. I am also at work on a second monograph, tentatively entitled Religious Nostalgia from Shakespeare to Milton. Institutional profile. Contact Brooke Conti.
Volume 1, Religio Medici, with Reid Barbour I am Professor of Early-Modern Studies at Aix-Marseille Université and Fellow of the Institut Universitaire de France. My research interests lie in the field of dissenting studies. I have published on John Bunyan (The Cambridge Companion to Bunyan, 2010), Roger L’Estrange (Roger L’Estrange and the Making of Restoration Culture, 2008, with Beth Lynch), the Huguenots (The Religious Culture of the Huguenots, 2006) and on dissenting letters (with Clotilde Prunier). I am completing a monograph on the records of gathered Churches. I’m the current President of the International John Bunyan Society and Visiting Professor at the Dr Williams’s Centre for Dissenting Studies (Dr Williams’s Library/QMUL). Institutional profile. Contact Anne Dunan-Page.
Volume 8, Correspondence, with Andrew Zurcher

I am a Lecturer in Archives and Material Culture at the University of Exeter. I work on early-modern intellectual and literary culture, particularly with regard to the manuscript circulation of texts. I have been involved in a number of editing projects, including the works of Francis Lodwick FRS (published by OUP, 2011) and the diary of Robert Hooke FRS (ongoing). Institutional profile. Contact Felicity Henderson
Volumes 6 and 7, Notebooks, with Antonia Moon and Claire Bryony Williams I am the editor of a one-volume edition, Sir Thomas Browne: 21st Century Authors (OUP, 2014) and the author of a monograph on Browne, Biblical Scholarship, Science and Politics in Early Modern England: Thomas Browne and the Thorny Place of Knowledge (Ashgate, 2009). I also work on seventeenth-century poetry, early modern natural philosophy and the political bible in early modern England. Institutional profile. Contact Kevin Killeen
Volumes 2 and 3, Pseudodoxia Epidemica, with Jessica Wolfe and Harriet Phillips 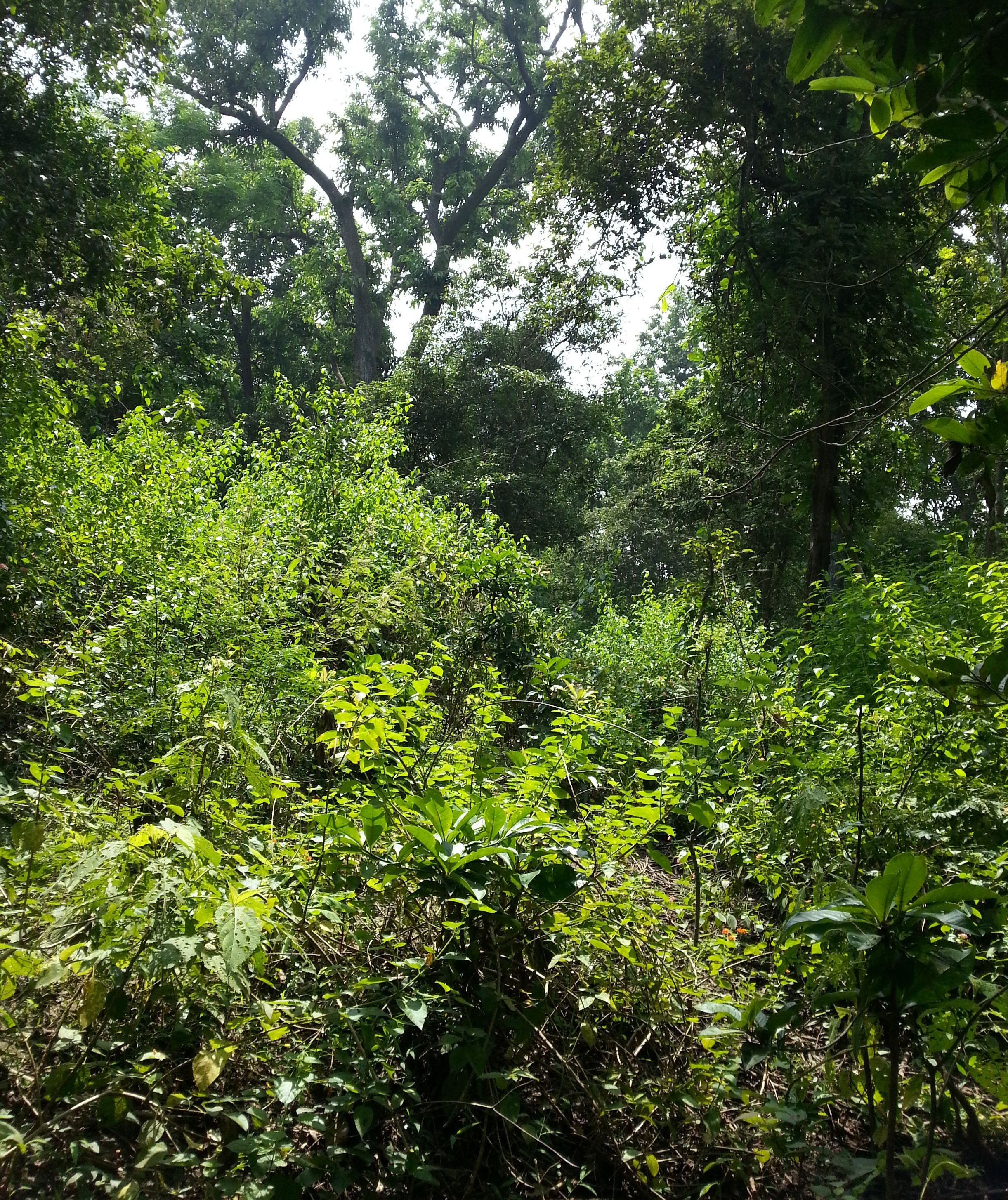 I am a senior archivist at the British Library, where I work on the records of the East India Company and the India Office. I have a particular interest in the archives of colonial science and have recently completed a project on the Company’s botanical archives. My interest in Browne’s notebooks began during my doctoral work on Browne; I subsequently contributed an essay on two of his notebooks to the collection of Browne essays edited by Kathryn Murphy and Richard Todd, A Man Very Well Studyed: New Contexts for Thomas Browne (Leiden, 2008). Institutional profile. Contact Antonia Moon.
Volumes 6 and 7, Notebooks, with Felicity Henderson and Claire Bryony Williams

I am Fellow and Tutor in English Literature at Oriel College, University of Oxford, and a lecturer in the English Faculty. I have published widely on seventeenth-century literature and intellectual history, and am the co-editor of two published volumes of essays: A Man Very Well Studyed: New Contexts for Thomas Browne, with Richard Todd (Leiden, 2008), and The Emergence of Impartiality, with Anita Traninger (Leiden, 2013). As well as my work for the OUP Thomas Browne, I am also editing Sylva Sylvarum for the OUP Francis Bacon. Forthcoming work includes a book on early modern literary prose and metaphysics, entitled The Tottering Universal, which includes chapters on Montaigne, Andrewes, Bacon, Burton, Browne, and Traherne; The Penguin Book of Renaissance Prose; and a co-edited volume for OUP entitled The Literary Essay. Institutional profile. Contact Kathryn Murphy.
Volume 4, Urne-Buriall, Garden of Cyrus, Christian Morals, Letter to a Friend, with Claire Preston Olivia Smith is Wellcome Trust Research Fellow in the Faculty of English at the University of Oxford. Her current project investigates the relationship between life writing and life science in the early modern period. She wrote her PhD on John Locke’s writing at the Centre for Editing Lives and Letters, UCL (formerly at QMUL) and has authored several articles and a forthcoming book on this topic, as well as editing special issues of the journals English Studies and Paragraph. From 2010-14 she was Postdoctoral Research Fellow on Terence Cave’s Balzan project ‘Literature as an object of knowledge’ based at St John’s College, Oxford. As a continuation of this she is, with colleagues from Modern Languages, developing a book on dreams, delusions and illusions in the early modern period. Institutional profile.
Volume 5, Tracts, with Kathryn Murphy and Claire Preston I am associate professor of English and Comparative Literature at the University of North Carolina at Chapel Hill and former director of their program in Comparative Literature. I am the author of Humanism, Machinery, and Renaissance Literature (CUP, 2004.) My second book, Homer and the Question of Strife from Erasmus to Hobbes, is in press with University of Toronto press and due to appear in late 2015. I have published articles and essays on Spenser, Erasmus, Shakespeare, George Chapman, and the French poet Jean de Sponde, among other subjects. Institutional profile. Contact Jessica Wolfe.
Volumes 2 and 3, Pseudodoxia Epidemica, with Kevin Killeen and Harriet Phillips I am a Senior College Lecturer in English at Queens’ College, Cambridge. My research has to date focused on Spenser, Sidney, and Shakespeare, and particularly on the intersections of common legal and literary thinking and experience in their works. Spenser’s Legal Language appeared in 2007 from Brewer, and Shakespeare and Law in 2010. Over the years I have become interested in material texts of various kinds, especially early modern manuscript letters. With Christopher Burlinson, I have produced editions of Spenser’s Selected Letters and Other Papers (Oxford, 2009) and Ralph Knevet's A Supplement of the Faery Queene (Manchester, 2014); I am also working on two distinct editions of Spenser's works, both for OUP. Institutional profile. Contact Andrew Zurcher.
Volume 8, Correspondence, with Anne Dunan-Page