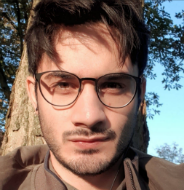 The Interactive Entertainment ecosystem offers one of the best paradigms of a decentralised ‘successive creativity’ model within which users widely create and share video game-related cultural works, or ‘successive works’, on various online media platforms. The popularity and proliferation of successive creators has helped shatter the conventional vertical hierarchy between video game developers and users, instigating a horizontal ecosystem. This evolution has enabled greater cultural participation and ensures the constant flow of works in the public domain.

The main hypothesis of the thesis is that copyright in the United States and the European Union has refused to accurately reflect this evolution. Both legal frameworks seem to be maintained and expanded based on outdated and misleading conceptions of video games and users. The apparent dissonance between reality and the legal framework may be distorting the optimality of copyright and can have wider negative consequences on the sustainability of successive creativity. Such oversight can impinge upon the rights of successive creators, diminish the freedom of expression and prevent the public from partaking in culture. It is proposed that narrowing down copyright’s scope and rebalancing the relationship between the various stakeholders, a more inclusive, accurate and congruent framework will be established that will nurture successive creativity, further copyright’s goal and unlock a pathway for successive creators to acquire protection for their works.